Alchemy Brewing brings the number of craft breweries with taprooms in the Tournament Capital to four
0
May 23, 2018 8:35 AM By: Brendan Kergin 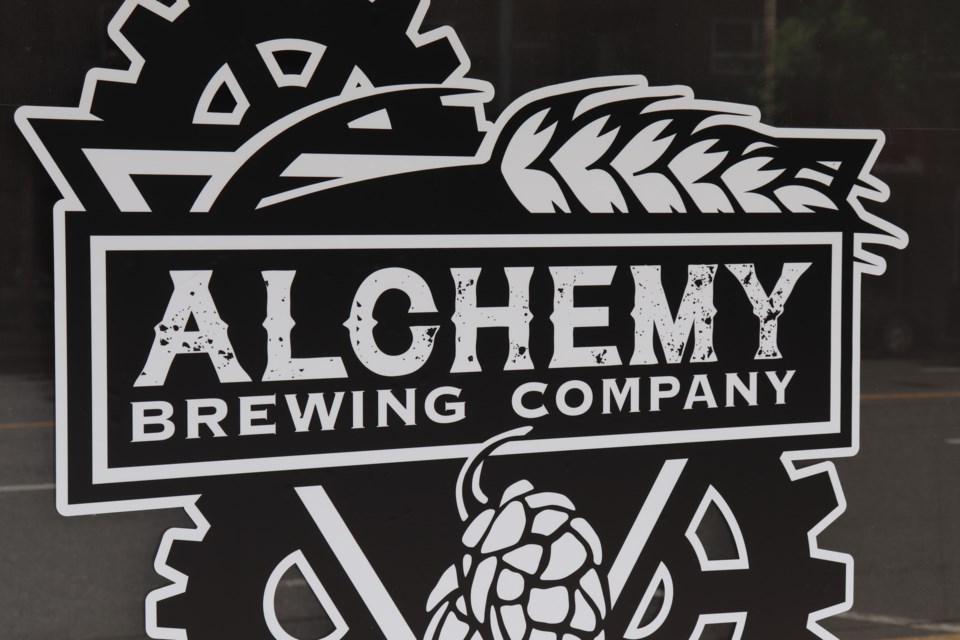 The logo on the storefront of the brewery's future site. (via Brendan Kergin)

In the middle ages, alchemy was the study of turning one substance into another substance – particularly into gold.

In 2018, in Kamloops, Alan Renner will be turning substances into liquid gold.

That's right Kamloops, we're getting another craft brewery. Get out those growlers.

Well, not yet. Renner, the owner and eventual brewmaster at Alchemy Brewing Company, says the craft brewery and restaurant will be opening its doors sometime later this year; hopefully September, but maybe October (just in time to take your favourite local journalist out for a birthday pint).

"The whole premise with Alchemy Brewing is going to be very American-style craft beer," he says. "You're going to see juicy IPAs and solid, robust stouts."

He figures there's going to be four or so mainstays, while two more taps will rotate through seasonal and more experimental beers. Some beers might get bottled, but he figures most are going to be going out in growlers and pint glasses. Distribution to liquor stores isn't likely, at least not soon.

Renner, 40, grew up in Kamloops, and while work in construction has taken him around B.C. and Canada, he's starting his dream business with a couple of old friends in his hometown.

"We're all Kamloops boys; we all grew up going to Valleyview," he says. "I've always had a thought in the back of my head that I wanted to open a sandwich shop, and then maybe a food truck."

Six or so years ago he started home brewing, though, and that passion quickly grew.

"I read absolutely everything," he says. "I built my own brewing system."

When Brewloops held a homebrewing contest, Renner took second place. As he travelled around, he tried beers from wherever he went. Trip down to Disneyland? He checked out the legendary Stone Brewing. Harley trip down to Portland? He spent a bunch of time in Portland's brewing neighbourhood.

"It was an amazing feeling, the whole scene," he tells KamloopsMatters. "One brewery beside another brewery, people walking down the street, peddle bike trolleys doing a pub crawl.

"It was at that point I was like, 'Someone needs to take a little piece of Portland and bring it here.'"

Returning to Kamloops after the trip to Portland really got things going in Renner's head, and by winter, he was spit-balling ideas with his friends. However, the initial system they were looking at was out of their price range. Luckily, they found out about a smaller system that was significantly cheaper and heard good things about a brewery in Vancouver using it. 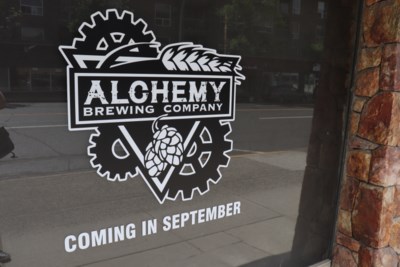 (via Brendan Kergin)
That was earlier this year, and over the past few months, things are coming together. They've got a location, just a few metres from the Noble Pig in the Thompson Hotel. They just got a pizza oven and they've got a logo.

Some things are still to come. The brewing gear hasn't arrived yet, and while he's got someone working on a menu, items haven't been finalized.

"There's going to be wood-fired pizzas and smokehouse sandwiches," he says. "All very food truck-style food."

While some people might think locating yourself right next to your competition is a bad idea, Renner says Maeghan and Jared Summers are excited to see the new site, and Renner and the Noble Pig's head brewer Nick Murphy and Renner met up recently to chat.

"You don't see a big sense competition, it's a big sense of community," Renner says. "They're really pumped."

He figures there's a chance he and Murphy will do a collaboration brew at some point, a growing trend in the craft scene. Speaking of beer scene, he, like many in Kamloops's growing beer scene, would like to see that become a thing the city is known for. Once Alchemy opens, it'll put Kamloops at four craft breweries with taprooms, three of which will be located near each other downtown.

Even though he hasn't opened the doors yet, he's hearing from others about the enthusiasm for the beer industry. A man from Brocklehurst contacted him to find out what it takes to start a brewery.

"He's wanting to open up in Brock. More and more people are getting involved," he says. "It's nice to see people expand with security, expand because the demand is there."