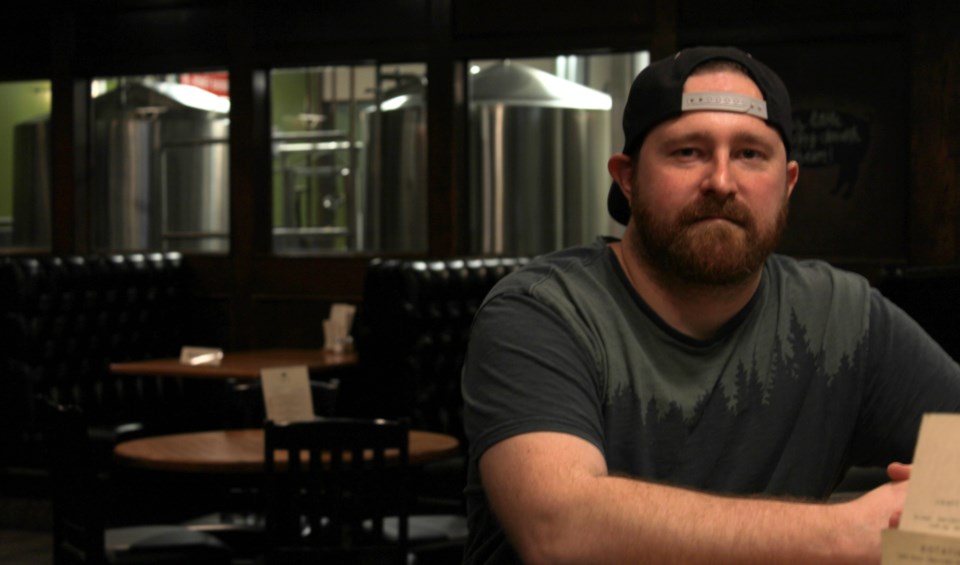 Nick Murphy will be taking over the beer reins at the Noble Pig this spring.

This summer Kamloops craft beer fans will get to know the tastes of a new brewer in town.

Nick Murphy, formerly of Beere Brewing in Vancouver, is in the process of taking the reins of the Noble Pig, on the beer side. The newcomer is still getting to know the Tournament Capital, but says the city will influence what'll come out of the taps.

"I'm still getting to know the guests that come through the doors and I want to get an idea of what they want to drink," he explains. "When I first started brewing, I learned very quickly that I was more interested in what other people thought I was making than myself."

That means pints with customers (on occasion) and listening to feedback from the front-end staff.

"I've mostly had my head down in the back learning the new system," he says. "The frontline staff, they're the pulse of what's going to be out here. They're the eyes and the ears of what people are drinking and enjoying.

"I'll trust their judgment over mine because I can only do so much when I'm in my brewing cave."

The 33-year-old cut his teeth home brewing and made the leap to commercial production with his friends when Beere launched last year.

"As much as you can get an education in brewing in a lot of different places, I still think it's very much an experience-based thing. Trial and error. You gotta blow stuff up and make bad beer," Murphy says.

A lot of that trial and error Murphy says was hashed out in his homebrew days and over a year of experimentation at Beere.

Now, while never having been educated in the science of beer, he rattles off chemicals and reactions, only pausing to explain what's happening in layman's terms. That deep knowledge comes from a passion and respect for the craft.

"I am that guy, and it's probably one of my biggest faults. I can literally go to any brewery and any liquor store and grab a beer and learn to love it, and that includes the large breweries because I respect what goes into it," he says. "I can very easily look past something that doesn't taste good to me because I'm like 'Somebody sweated blood all over this.'"

That respect fuels a hope that the Kamloops brewing scene can continue to grow.

"The community in Vancouver is fantastic, especially amongst all the breweries, and I get the same feeling that it's like that here in Kamloops, too," he says. "I've met quite a few of the folks at Red Collar and Iron Road already and they're awesome. I think we're all encouraging each other to become what Vancouver or Victoria has to offer because it's so important."

The important thing he's referring to is the local jobs and economy spread across the province. As the craft beer industry grows, new jobs are appearing in small and large communities. Murphy notes brewing is a unique career, in that it combines the blue-collar labour of maintaining and cleaning equipment with creativity and science.

"That's why I'm a brewer. I love to put my head down and work," he says. "I used to be an actor, so I love that artistic side of things. Beer, for me, is another outlet where you can just show off and have some fun with different ingredients."

The transition from current head brewer, Trevor Zechel, to Murphy is ongoing and will probably wrap up in May, when Murphy begins to brew solo and develop his own beers for the Noble Pig and the yet-to-be opened Forno on Fifth.