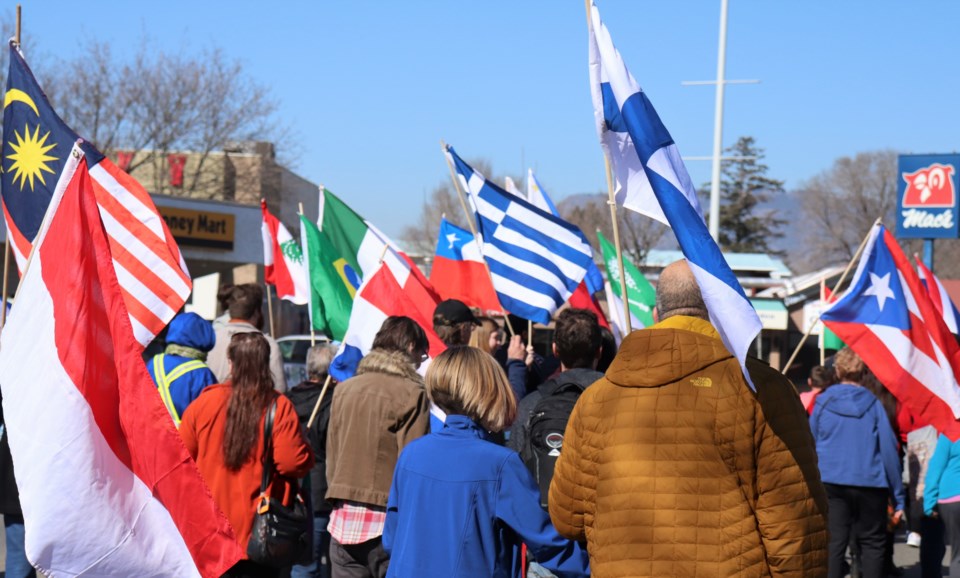 The Kamloops Walk to Embrace Cultural Diversity. (via Brendan Kergin)

A new festival, focusing on multiculturalism, is coming to the Tranquille corridor on the North Shore.

The NSBIA reached out to Kamloops Immigrant Services recently, and the two are working on the plan. While planning is in the early days, Heighton is excited about the new project and what it means to the North Shore community.

He notes that old maps show how people from different parts the world settled the North Shore, farming and growing orchards in the early days of the community.

"I think it's really interesting: you had people come from across the globe (100 years ago) who don't necessarily share a common language, common culture, common traditions, and they all come together for a common purpose which is to build a better life and create better community," Heighton says. "Those differences actually become part of the glue, part of the cohesion that pulls people together, rather than driving them apart."

The Kamloops Multicultural Festival will run May 9; Heighton says details are still being worked on, as it's moving from concept to the planning stage now.

Kamloops rink wins tiebreaker, heads to championship round at Scotties
Feb 20, 2020 10:11 AM

Canadians aboard coronavirus-ridden cruise ship to return home tonight
Feb 20, 2020 9:05 AM
Comments
We welcome your feedback and encourage you to share your thoughts on this story. We ask that you be respectful of others and their points of view, refrain from personal attacks and stay on topic. To learn about our commenting policies and how we moderate, please read our Community Guidelines.