Northern B.C. murders: Police don't believe suspects have made it to Ontario 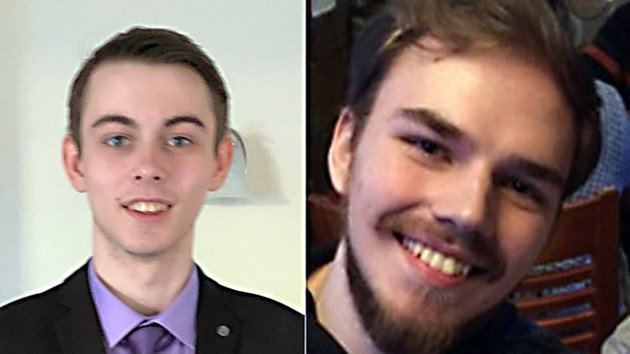 Bryer Schmegelsky, 18, and Kam McLeod, 19, are wanted for three murders in B.C. An extensive manhunt has been underway for them for more than a week. The suspects have not been seen since July 22 in Gillam, Man.

In an email to Glacier Media, Staff Sgt. Carolle Dionne with Ontario Provincial Police says the OPP has followed up on "several" suspicious vehicles and males across the province.

"Thus far, none of them, including the one earlier in Kapuskasking have led us to believe the suspects have made their way to Ontario," she writes. "However, we still encourage members of the public if they observe anything suspicious to report it to police by calling 911. Do not report it on social media. This loses valuable time and police may never receive the information."

Acting Staff Sgt. Shona Camirand has offered some additional information regarding a suspicious vehicle in Kapuskasing that may be connected to Bryer Schmegelsky, 18, and Kam McLeod, 19, the two young B.C. men who are the subjects of a massive national manhunt in connection to three murders in British Columbia.

Camirand initially would not connect the report of a suspicious vehicle to the young men, but in a brief email to Sudbury.com around 5 p.m. today, she confirmed that the person who reported the vehicle believed the occupants to be Schmegelsky and McLeod.

No make nor model was supplied, nor a location where the vehicle was spotted or the direction it was headed was provided.

The Ontario Provincial Police (OPP) said officers are investigating a report of a suspicious vehicle after someone called in with concern to a vehicle being driven by “young males in their 20s,” said a spokesperson.

Acting Sgt. Shona Camirand, North East Region media co-ordinator, said the OPP cannot deny or confirm a connection to the murder suspects from B.C. No make or model of the vehicle was provided, nor was any description of the occupants, other than that they are young males, provided.

In the release, Camirand calls the vehicle "suspicious" but offers no explanation for how it is suspicious.

“Any claim as to who (was in this vehicle) is unsubstantiated at this time,” said Camirand. "At this time, we don't know where the vehicle is. Officers are taking statements and patrolling the area looking for this suspicious vehicle.”

She said the OPP is in contact with the RCMP, but “we've really got nothing to go on other than a report of a suspicious vehicle.”

The Ontario Provincial Police is investigating all leads into possible sightings of the two B.C. murder suspects currently at the centre of a massive manhunt.

Bryer Schmegelsky, 18, and Kam McLeod, 19, were last seen July 22 near Gillam, Man., but they weren't called suspects until July 23. The Manitoba search was extensive, involving both RCMP and Canadian military assets, but today the RCMP announced the search was at an end, having turned up nothing.

Const. Michelle Coulombe, media relations/community safety officer for the OPP, said there have been several reports of sightings of the suspects, the most recent one around Kapuskasing, northwest of Timmins.

A post on Facebook by a Dylan Boucher stated the suspects passed through Kapuskasing Wednesday morning and “pulled a gun on a construction worker” by Drisdale Variety Store.

Here's what we know about the northern B.C. murder suspects
Jul 23, 2019 1:31 PM
Comments
We welcome your feedback and encourage you to share your thoughts on this story. We ask that you be respectful of others and their points of view, refrain from personal attacks and stay on topic. To learn about our commenting policies and how we moderate, please read our Community Guidelines.

About the Author: Arron Pickard