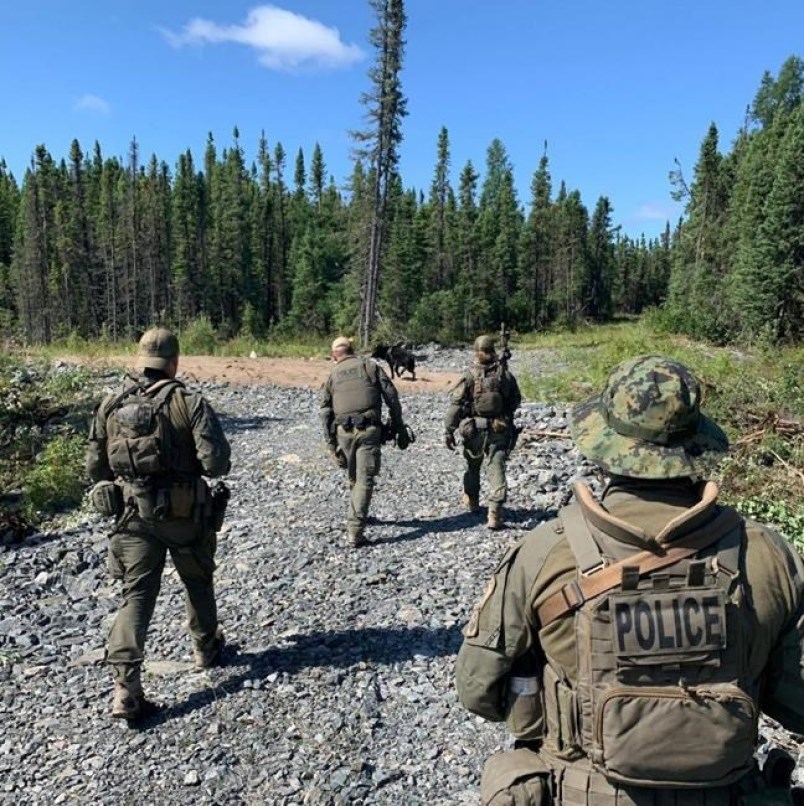 RCMP search an area near Gillam, Man. in this photo posted to their Twitter page on Tuesday, July 30, 2019. (via THE CANADIAN PRESS/HO, Twitter, Manitoba RCMP)

The deputy mayor of a northern Manitoba community at the centre of a massive manhunt says it will be a long time before things return to normal.

John McDonald says there were a lot of questions but not a lot of answers for people in Gillam during a town meeting last night, after RCMP announced they believed they had found the bodies of two murder suspects from British Columbia.

Autopsies are being performed in Winnipeg today to confirm the remains located near the Nelson River are of 19-year-old Kam McLeod and 18-year-old Bryer Schmegelsky.

The men were suspects in the killings of a Vancouver man and an American woman and her Australian boyfriend travelling in northern B.C.

McDonald says people may never know whether the fugitives had planned to come to the dense and unforgiving landscape of northern Manitoba, or if they just took a wrong turn.

He adds that it will be a long time before people in the town feel fully relaxed and their quiet lives return.