'Not where I thought I was going to be when I was 50:' Kamloops man wins big at Canada Transplant Games 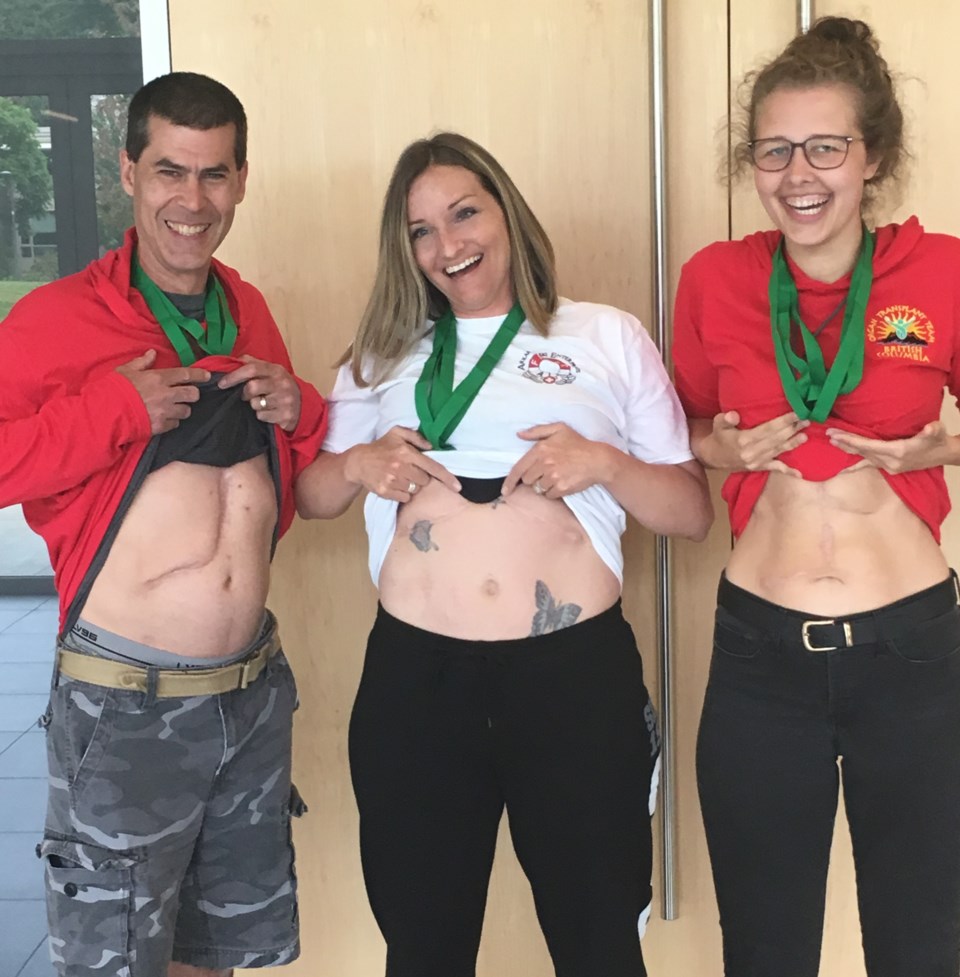 From left: Tony Maidment, Shelby Gielen, Natalie Williams. All three have received liver transplants, including Gielen who has had two. (via Submitted)

The disease, characterized by scarring of the bile ducts in the liver, has no cure, but doctors tried a number of procedures to help Maidment with the symptoms. After his first surgery — a bile duct reconstruction in 1997 — he began running, biking, activities to get himself in better shape.

"I was kind of an athlete when I went to high school but of course as life goes on, you get out of high school and start your career, and I didn't really pursue it," he says. "Then after the first surgery, I started to pursue it again because I knew that based on my prognosis, I wanted to be healthy, I wanted to be able to do these surgeries and go through what I had to go through in some sort of decent shape and if you talk to any athlete, it's very addicting."

That relentless training paid off a few weeks ago, when he participated in his first-ever Canadian Transplant Games from July 2-7 in Vancouver, collecting four medals, including three gold.

Of course, to qualify for the games, Maidment had to recover from his first liver transplant, which took place a little over a year ago. Previous treatments had stopped working and in December of 2016, his disease had drained all of his energy. He could no longer continue his work as a mechanic. But in May of 2017, he got a call that he was finally able to receive a liver transplant.

Maidment underwent two surgeries, the initial transplant and another one to fix some blood loss issues caused by "a leak." He spent three weeks recovering in the hospital, and another few weeks in Vancouver going to transplant clinics, before being released to return to Kamloops at the end of June. He returned to work in December and was also training for the transplant games during that time. He says his daughter was the one who turned him on to the games in the first place.

"My daughter, because of her love of medicine, and unfortunately my great career as a patient, really looked into it. She found B.C. Transplant and became a volunteer with them, so of course I went along with her, and so did my wife and my youngest daughter, and that's how we found out about the Canadian Transplant Games." 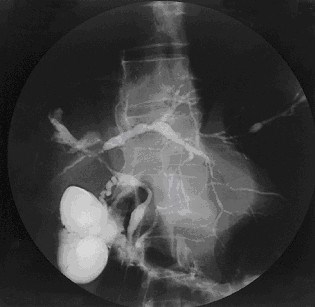 A cholangiogram of primary sclerosing cholangitis. (via Wikimedia)
The games are open to transplantees or organ donors regardless of age. This year the youngest participant was three years old while the oldest was around 78.

Competing in the 50-59-year-old category, he won a gold medal in the 200 freestyle, a gold in the 5 km run and silver in the 20 km bike. Then all those results were added up, giving him a gold for the virtual triathlon.

"There's not many words that can describe it. It was a once in a lifetime thing. It was the most positive, most incredible experience of my lifetime. Meeting the people that I've met, listening to their stories and having them listen to my story. It's very healing talking to people that know what you've been through. I know they've been through hell and they know that I've been. We've been poked and prodded and a lot of them were very close to death. One young girl I know from Squamish, doctors told her within 12 hours she wouldn't be with us anymore, and that was over 25 years ago."

Maidment said one of the most humbling experiences of the week was having two of his four medals were presented by donor families.

Through an entirely anonymous program B.C. Transplant, recipients of organ donations have an option to send a letter to the family of their organ donor. Maidment hasn't been able to send his yet, but when he does, he'll now have an extra piece to include.

"I haven't created the courage to write my letter. I can't come up with the words to describe how I feel. I now have a gold medal that I'm going to try and give to the family, it's up to them whether they want to accept the letter. Obviously, everything is anonymous, and it's totally up to the donor family if they want to receive the letter, read the letter and then again if they want to correspond."

The future may also hold more competitions for Maidment, as the World Transplant Games go next year in London. He and his wife discussed possibly going, but with next year marking their 25th wedding anniversary, they may do another trip instead. However, the World Transplant Games go every two years, so he'll have another chance at competing at them in 2021, when they're held in Texas. He also had such a blast at the Canada games, he'll be returning in 2020.

"It's not where I thought I was going to be when I was 50. I honestly didn't think I would be here, let alone doing what I love to do."

If you would like to register as an organ donor, or just learn more about B.C. Transplant, visit HERE.