On Our Radar: Interior folk-indie stars coming back through Kamloops 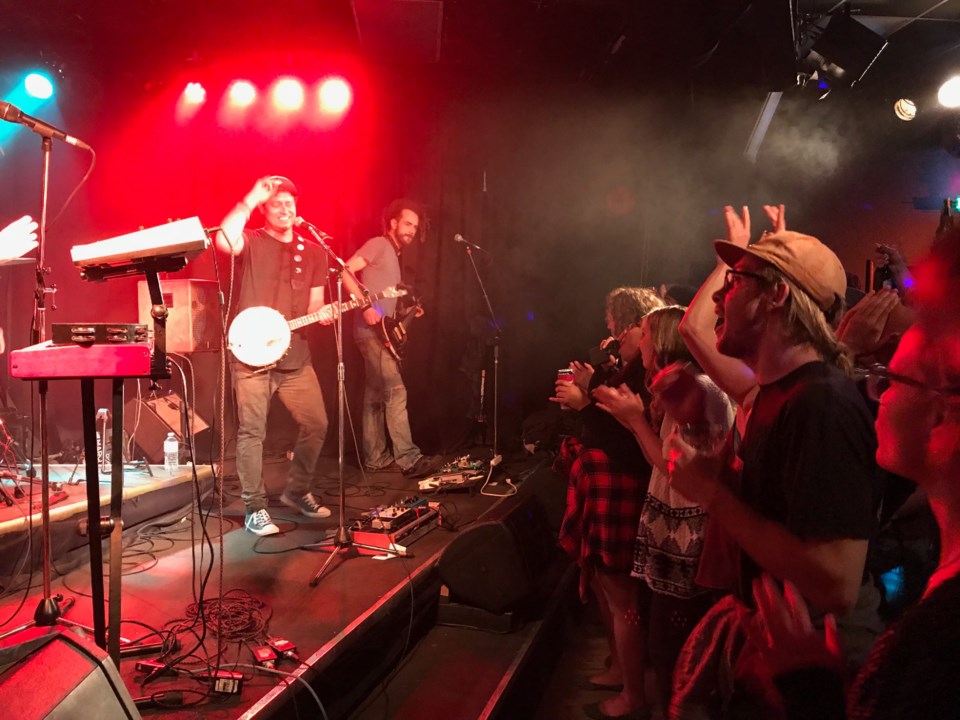 Shred Kelly the last time they were in Kamloops. (via Brendan Kergin)

Luckily, they're from Fernie, so they stop by a lot, with their next show here recently announced at Cactus Jacks in September as part of a cross country tour the band are planning.

The five-piece band is known for mixing a folk sound with soaring songs, making for an excellent and energetic show that literally shakes the floor once the crowd gets riled up. They're best known for songs like The Bear or Sing to the Night.

After having had past shows at the Blue Grotto, they'll be moving to the larger Cactus Jack's for this show.

Tickets are $15, HERE. Doors open at 7 p.m. OPening acts haven't been announced yet.