Opinion: Mark, the barber, and the toll of drug overdoses 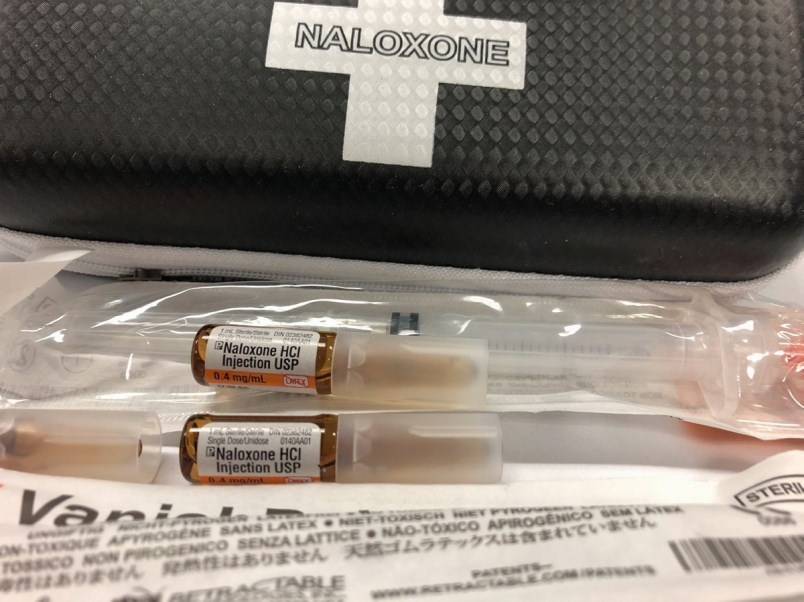 A commentary by a staff sergeant with the Victoria Police Department.

I start each workday at the Victoria Police Department by reading the fatal overdose reports from the night before. People continue to die in homeless shelters, parks and on the street. But the majority of fatal overdoses occur in a private residence like an apartment or house, 57 per cent in 2019. Of course, both men and woman are affected, but men die at much greater rates. Particularly those aged 30 to 59.

“Mark” fit into that group. He cut hair at a downtown barbershop. We got to talking one day when I happened in for a haircut. When he learned that I was a drug investigator, he was open about his story. He had surgery on a leg injury. During the recovery he developed an addiction to pain medication. When the meds were finally cut off by his doctors, he turned to heroin. A tragic but common tale. Some addiction research indicates as many as four out of five heroin users started with prescription narcotics.

We talked often about substance use and addiction. He jokingly told me: “I’m no choirboy,” as we exchanged war stories. He was good at his job, but I found myself visiting more for the conversations than the haircuts. Then one day when I stopped in, Mark was gone. His co-workers had placed a picture of him next to his empty barber chair. He’d died alone at home from a lethal dose of heroin mixed with fentanyl. He was 34.

If you’ve lost track of how long Canada has been in the grip of the overdose crisis, it has been eight years. That’s if you consider 2012 the start, when illicit fentanyl from China first appeared on the streets of British Columbia. We lost 254 people to drug overdoses that year. As fentanyl flooded into the drug supply, that number rose year by year, reaching 1,541 deaths in 2018.

Intercepting fentanyl before it hit the streets became a top priority at VicPD. In 2016 we launched Operation Fentanyl Focus. We arrested traffickers as they travelled from Vancouver with backpacks heavy with kilograms of fentanyl. We targeted traffickers shipping the drug from China surreptitiously using couriers like UPS. Fentanyl dealers didn’t get many breaks from the courts. One received four years for trying to sell 2.5 grams of fentanyl, that’s less than the weight of a nickel.

I watched to see if police efforts were reducing the availability of fentanyl. One reliable measure is the toxicology tests performed after someone dies from a drug overdose. Back in 2012, fentanyl was detected in less than five per cent of deaths. By 2018 fentanyl was detected in 85 per cent. Though we had tried to stop its spread, fentanyl had completely saturated the illicit drug supply.

The reality is that no amount of drug enforcement activity can remove any one substance from the street. If so, there would be no heroin, cocaine and methamphetamine. Now we have fentanyl and it’s here to stay.

Thankfully, other measures to stop overdose deaths were underway. When the province declared the drug crisis a health emergency in 2016, there was increased recognition that illicit substance use, addiction and overdose were public-health issues. Experts at the British Columbia Centre for Disease Control pushed for widescale distribution of Naloxone, the medication that can reverse an overdose. And a recent University of B.C. study indicates Naloxone saved 1,580 lives between April 2016 and December 2017.

That same study indicates an additional 230 lives were saved by overdose prevention services where drug use is monitored by people who can help in the event of an overdose. There are now 33 sites across B.C.

But neither of these efforts could save Mark, or the thousands of people who died alone at home.

The next step might be access to a safe supply of drugs for those people with opioid use disorder. This is already happening at the Crosstown clinic in Vancouver, where pre-screened patients receive daily doses of medical grade heroin or hydromorphone. But they must use these drugs on site, tying them to the routine of visiting the clinic throughout the day. So, a pilot project will soon begin that allows patients to access hydromorphone pills which can be taken home. Without having to turn to fentanyl-laced street drugs, the chance of overdose is significantly reduced.

There’s no mistaking that some people will find this controversial, but so were overdose-prevention services just a few years ago. This drug crisis has forced communities to take bold steps and adapt to a situation where people dealing with opioid-use disorder are being poisoned by a toxic drug supply.

It has also revealed something about our communities that was poorly understood and maybe too uncomfortable to discuss; that while the term “drug user” may conjure up images of homeless people using in a park or doorway, the truth is that “drug users” are people from all walks of life, all socio-economic means, all occupations. They are Mark, the barber.