Opinion: Online shopping takes a toll on the environment, and us 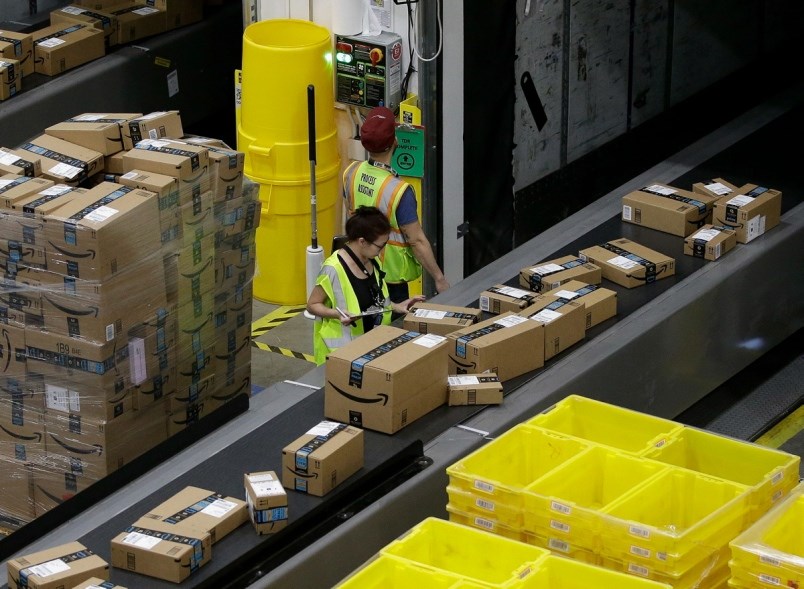 Those old enough — that is, born before 1995 — might remember when Santa Claus Inc. had an enduring monopoly on delivering presents for Dec. 25.

You wrote out your order on paper and mailed it to the North Pole — or maybe you whispered it into a whiskery ear at the mall — and with some luck, the goods would be waiting for you under the tree on Dec. 25.

In those fairy-tale days, the environmental footprint for yuletide delivery was measured in the number of hoofprints and reindeer droppings in the snow up on the rooftop.

If animal-rights activists and transportation unions were outraged, they kept it quiet, and nobody fussed about reindeer-produced methane or the environmental cost in lichen and willow leaves of raising and feeding Rudolph and all the other reindeer in a sensitive tundra environment.

Gift-ordering approaches have expanded and simplified in the years since, but the costs for delivery have become ever increasingly steep and complicated.

You can still use old-timey post or visit Santa at the local mall to place your yuletide orders, but it’s easier and quicker to go online — any time from anywhere with internet access, for any-time delivery.

Various transport combinations have replaced the preposterously airborne, eight-reindeerpower sleigh. One each of the jet aircraft, container ships, locomotives, semis, delivery trucks and so forth used in online-shopping shipping today add up to the pulling power of about 140,000 draft horses — or significantly more reindeer.

All that horsepower contributes to the 21st century’s environmental hoofprint of moving holiday gifts from source to intended recipients. Although online shopping is, in theory, more efficient than traditional shopping at bricks-and-mortar stores, reality is — always — more complex.

Demand for same-day shipping, for example, increases the energy needed — and emissions produced — to ship an item. Retailers normally consolidate orders into as few boxes as possible, pack trucks as full as possible and choose the most efficient routes to make as many deliveries as possible over the shortest distance — it saves them money to be efficient.

But same-day or two-day delivery turns those efficiency practices on their head. The tight deadlines of fast delivery mean emptier trucks delivering to fewer customers that are farther apart. In some cases, retailers might even have to ship items by air.

Online shopping also encourages people to order from overseas and far away, which often means air freight. And policies for no-return-shipping fees incite people to buy more, try the goods out once they’re delivered, then return everything that doesn’t fit or match or whatever — doubling the energy and emissions costs.

In 2016, transportation in Canada emitted 143 million tonnes of greenhouse gases — or one in every five tonnes of Canada’s total. Other estimates peg the emissions from moving people and goods in Canada at as much as 28 per cent of all of Canada greenhouse gas emissions.

Thanks to the growth of online shopping, the shipment of goods is the fastest-growing segment within the energy-hungry transportation sector. Freight alone accounted for 10.5 per cent of Canada’s emissions in 2015, according to the Pembina Institute’s report on the State of Freight.

Other costs accrue, as well. In a recent policy brief, the Canadian Medical Association and Canadian Public Health Association report that air pollution generated by transportation killed 1,063 Canadians in 2015, resulting in economic losses for Canadians valued at about $8 billion.

Businesses are working on alternatives to reduce environmental costs.

In the U.S., the Federal Aviation Authority recently awarded UPS’s drone subsidiary an airline certificate to operate a nationwide fleet of drones, allowing the company to expand drug deliveries on hospital campuses.

More-grounded and more widespread efforts at reducing emissions and pollution include switching local fleets of delivery trucks to electric or hybrid vehicles. Amazon — always sure to consider a high-tech solution before a people solution — tested self-driving delivery robots in Seattle earlier this year.

Some cities — including Montreal and, to a certain extent, Vancouver — are experimenting with the use of cargo e-bikes to move packages the last few kilometres from local distribution centres to recipients.

It’s a far cry from Santa Claus Inc., but that’s what they call progress. And reality.