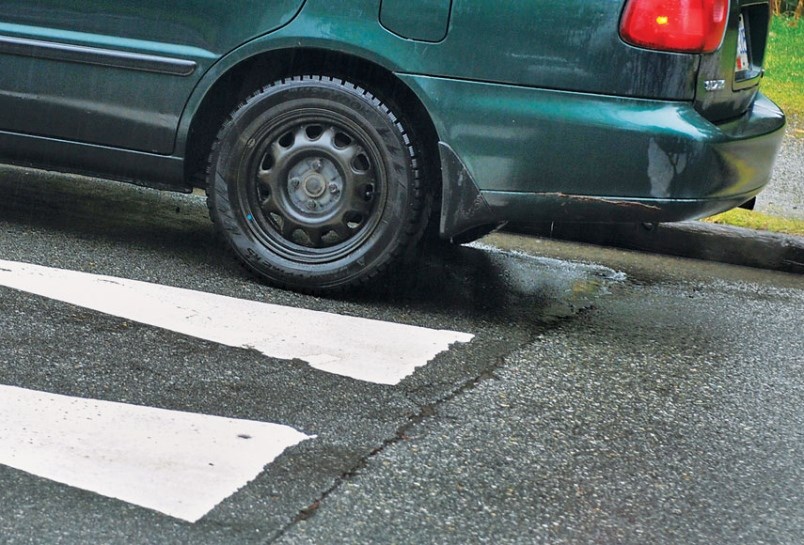 The plan seemed so simple.

The goal seemed so virtuous.

So, how did this possibly fail? How can a proposal to install seven speed humps on a Burnaby street notorious for crazy speeding ‘N’ drivers in luxury cars not pass?

Well, I can think of two big reasons, but let’s back up a bit.

UniverCity resident Stephanie Klatt started a petition through the City of Burnaby to have the speed humps installed on the 9100-9300 blocks of University Crescent. Copies of the petition were sent to residents in the area. I know because I’m one of them, although I wouldn’t have had to pay a share of the $18,000 cost that would have been shared by the residents. I wrote about it recently here.

On Wednesday (Aug. 7), I received a letter saying the petition failed, meaning not enough people supported it.

I attribute this to two reasons. One is that people are cheap and don’t want to kick in. The second is that there is a large number of SFU students living in the condo buildings on this street – the actual owners likely never even saw the petition in the mailbox.

It was a good plan. This area has a high number of people who speed up and down this street. I see it every single day. A lot of these speeders are ‘N’ drivers in luxury cars who can’t handle the power of the vehicles their parents bought them. But, yes, there are also some regular drivers who speed on this street – which is extremely narrow, on a hill and includes a curve that makes it dangerous because drivers can’t see people in a crosswalk that is also hidden by foliage.

It’s too bad. A pedestrian is going to get injured or killed one day by a speeding drivers. But at least area homeowners saved a little cash by not supporting the petition.