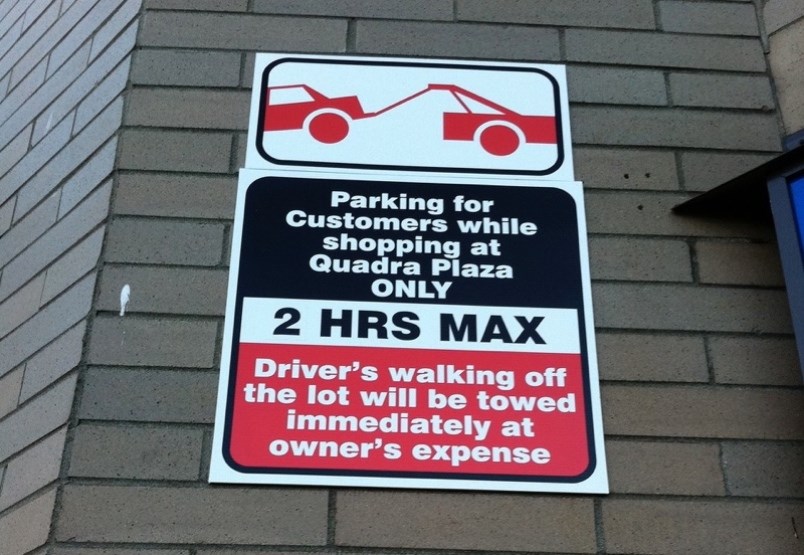 They buried the apostrophe the other day. He was a tiny little fellow, made even smaller by being curled up like that, so it didn’t take much to build the coffin. The only problem was, nobody knew where to put it. How appropriate.

The news of his demise came from Britain, where 96-year-old John Richards, the chairman of the Apostrophe Protection Society, announced the organization was giving up.

“We, and our many supporters worldwide, have done our best but the ignorance and laziness present in modern times have won,” he declared last week before taking the apostrophe off life support, pulling the plug on the 18-year-old society.

It seems that after years of confusion between its and it’s, let’s and lets, theirs and there’s and your and you’re, those who still value proper punctuation have simply surrendered. The Visigoths (or is that Visigoth’s?) have won. They’re (their?) swarming over the walls, looting libraries of books to use as fuel when burning English teachers at the stake.

Want to apply apostrophes in the haphazard manner of a drunk playing Pin the Tail on the Donkey? Don’t worry about it; who’s (whose?) to say it matter’s any’more? Not sure about contractions, plurals and possessives? No problem; we do’n’t listen to the mans’ rule’s.

This doesn’t just apply to personal texts or e-mails, but to government and corporate communication. City councillors in Birmingham, England, once banned apostrophes from street signs. No one blinks when a chain of coffee shops is called Tim Hortons or Starbucks instead of Tim Horton’s or Starbuck’s. Ladie’s wear, indeed. A little part of me dies when entering a “mens” room.

A similar disdain is shown for the other common punctuation marks once regarded, quaintly, as the traffic signs of the English language. After the keyboard on your phone relegated them to the second- or third-screen low-rent district populated by such sketchy characters as }, * and ¥, people simply stopped visiting.

So we now think a semi-colon is the result of a bowel resection. Colons, already reduced to serving as foot soldiers in emoticons like :-), have been further marginalized by emojis. The tilde, briefly an indicator of Steve Jobs-level cyberhipness, has returned to obscurity.

The comma is similarly misunderstood, sometimes with dire consequences. My schoolteacher sister gave her grandchildren T-shirts on which was printed both “Let’s eat, Grandma” and “Let’s eat Grandma.” Similarly, had I known the difference between “You never call me anymore” and “You, never call me anymore” I could have avoided an unfortunate restraining order.

This last bit raises an awkward truth. For someone who writes for a living, my own grip on the linguistic tiller is not as firm as that of, say, Britain’s Lynn Truss, whose book Eats, Shoots and Leaves: The Zero Tolerance Approach to Punctuation became a surprise international bestseller in 2004 (she dedicated it to “the memory of the striking Bolshevik printers of St. Petersburg who, in 1905, demanded to be paid the same rate for punctuation marks as for letters, and thereby directly precipitated the first Russian Revolution”). Frequent readers might think it a little rich for me to preach language usage. Kind of like Jason Kenney singing lead vocals on This Land Is Your Land, or John Horgan volunteering to call you an Uber.

These same readers might also argue that the death of the apostrophe is not as deserving of hand-wringing anguish as other, graver crises. Climate change, say, or terrorism, or world hunger, or the absence/proliferation (take your pick) of downtown bike lanes.

But that’s the point. If you want to be taken seriously about such subjects, best not to come across as one of those people WHO SUBSTITUTE CAPITAL LETTERS FOR LOGIC AND REASON!!!! Personally, I take solace in the belief that my angriest critics wouldn’t know what to do with an apostrophe if it showed up on their doorstep carrying a set of instructions and a bottle of wine.

“Your a [bleeping] piece of puke,” one man wrote this week, responding to a column he didn’t like. He called me a bunch of other names, too, though the only part of the message that caused me to raise an eyebrow was the “your,” which I found both offensive and comforting. It’s (its?) a credibility killer when you can’t get that one right. When you misuse an apostrophe, people might feel your nuts.