'Our biggest concern is for the whole Fraser watershed:' Big Bar landslide puts salmon at risk

A landslide in a remote section of the Fraser River has far-reaching implications
0
Jul 15, 2019 12:39 PM By: Hanna Petersen 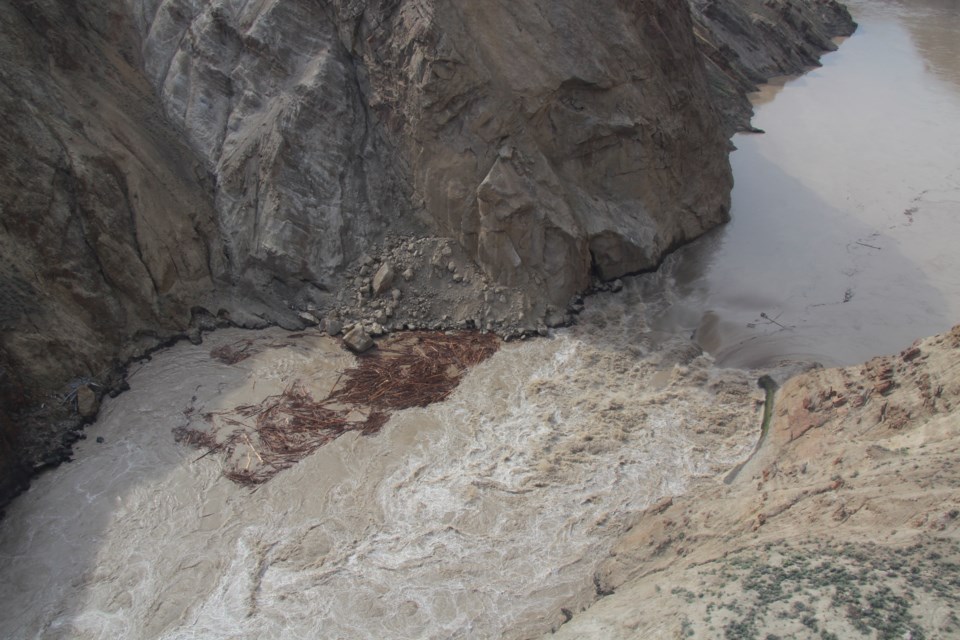 Several salmon species are at risk after a massive rock slide in a remote section of the Fraser River.

The landslide was discovered between June 21 and 23 in a narrow portion near Big Bar which is just north of Lillooet, B.C.

“Our biggest concern is for the whole Fraser watershed,” Incident Commander Dr. Mattias Herborg tells PrinceGeorgeMatters. “The potential implications are far-reaching for the Fraser watershed and all people in B.C. rely on salmon.” 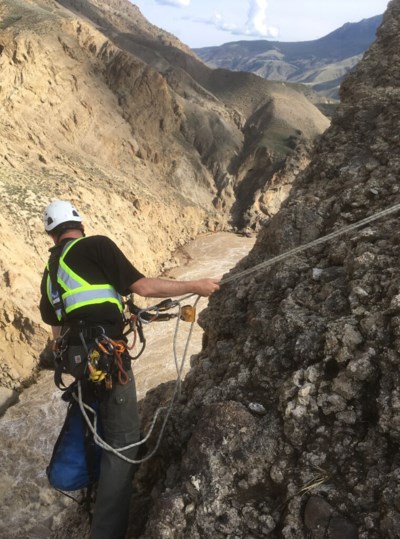 The rockslide is blocking most chinook salmon in the river from migrating upstream to spawn and a number of other salmon populations.

It’s in a remote and unstable portion of the river with steep canyon slopes and turbulent, swift-moving water not accessible by any public roads, which makes access to the site challenging for the incident management team.

“The big portion of rock came down into the river, but there’s still chunks the size of pickup trucks, minivans and fridges just teetering," explains Herborg. "So before we can do any work at the bottom we need to clear the whole site up."

The incident management team is comprised of people from the province, B.C. Wildfire Service, the Government of Canada’s Department of Fisheries and Oceans (DFO), the Canadian Coast Guard, and a First Nations leadership panel.

“There’s a large number of First Nations in the Fraser watershed who are concerned who we are working with to find a solution,” says Herborg. “We are all trying to work together in a cohesive, unified group to work through the options and work forward towards a solution, and I think this a big thing here.”

He says site safety is the first priority.

A team of rock scalers is working to releasing multiple sections of loose rock and a helicopter has been dumping water on the site to wash off loose material.

“We need that site cleaned up and then we can establish a natural fish passage at the bottom of the slide area,” explains Herborg, adding the natural fish passage would consist of rearranging and adding boulders to allow fish to naturally migrate passed the obstruction.

Because the landslide is so challenging, the team is working on multiple site recovery options.

Herborg says while establishing a natural fish passage is the first option, the team is also simultaneously working on other options in case it just doesn’t work.

Those other options include establishing a temporary prefabricated fishway, installing a pneumatic fish transportation system (flexible pressurized tubes that can move the fish), or physically moving the fish with nets and transporting them by truck or helicopter. 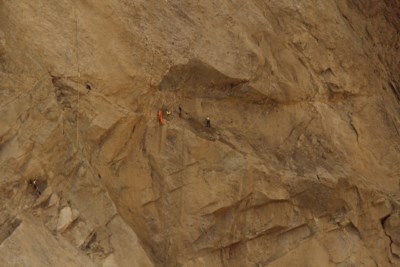 However, the site is currently inaccessible by road or helicopter and the team has to make assessments to whether a road upgrade or helicopter pad can be constructed.

“We have started a monitoring program, so when we roll out the options we can continually assess if they are successful,” says Heborg.

The team is using radio tags to monitor fish below and above the blockage to gauge how well the fish are getting through.

You can follow the Big Bar Landslide Incident webpage to stay up to date and find more information.

About the Author: Hanna Petersen

Born and raised in Prince George, Hanna Petersen is a graduate of UNBC. She then abandoned her hometown for the East Coast, graduating with a bachelor of journalism from the University of King's College in the process.
Read more