Overlanders Day cancelled due to smoke 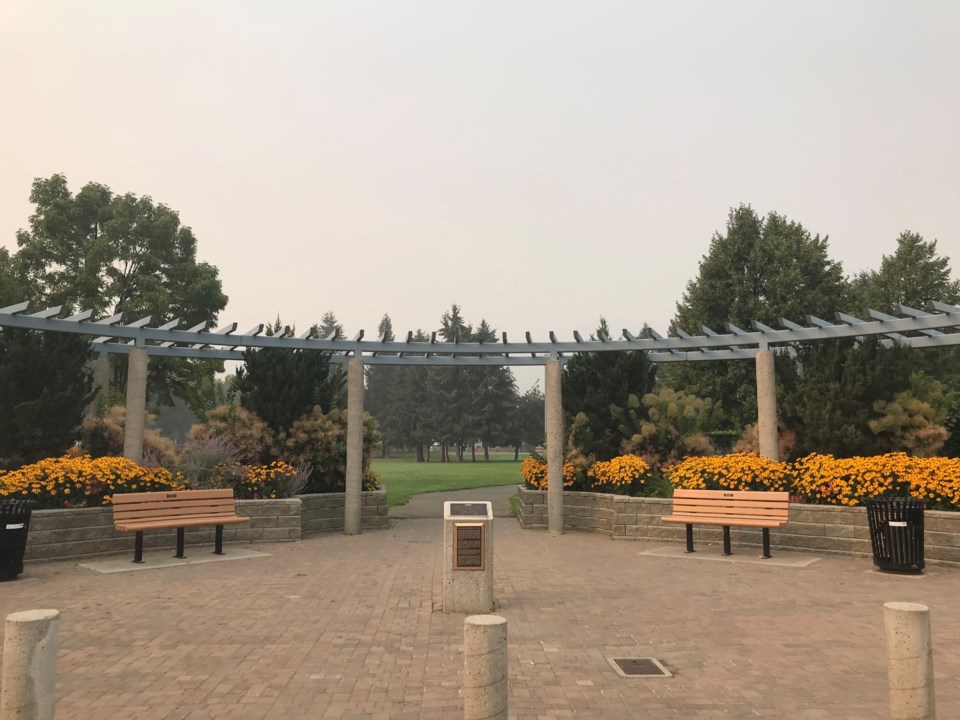 One of the North Shore's biggest events of the year has been cancelled due to health concerns.

As smoke continues to hang over Kamloops the North Shore BIA has decided that the risk to the health of staff, participants and others is too great to go forward with the family event at McDonald Park.

"It is with very heavy hearts that we have decided to cancel Overlanders Day celebrations today," the organization wrote on Facebook Sunday morning. "We will review our options over the next 24-48 hours, and will keep everyone advised as to next steps."

Pies that would have been used at the event's pie-eating contest will be donated to the Kamloops Food Bank, according to another Facebook update from the business organization.

At the same time Sun Peaks has cancelled its weekly farmers' market, also due to smoke. On Saturday (Aug. 18), the Kamloops Heritage Railway and Kamloops Broncos cancelled activities due to smoke.

The provincial government's air monitoring system remains at 10+, where it's been since Friday, Aug. 17. Environment Canada's smoky skies bulletin remains in place as well, reminding people to be cautious due to the air, especially anyone with chronic breathing issues.