Driver remained on scene, is cooperating with the investigation
0
Dec 6, 2019 3:45 AM By: KamloopsMatters Staff 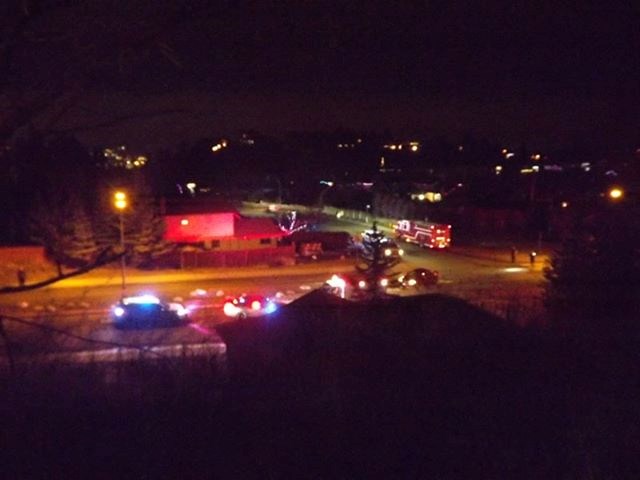 The scene. (via Nathan Ritchie)

RCMP say an 18-year-old female was attempting to cross Aberdeen Drive when she was struck by a vehicle.

Sgt. Sascha Fesenko says the driver remained on scene and is cooperating with the investigation.

The pedestrian was taken to hospital to be assessed, he notes in a news release.

Police are asking anyone who witnessed the accident to call the RCMP detachment at 250-828-3000.

A pedestrian was hit by a car in Aberdeen tonight, according to Kamloops Mounties.

He tells KamloopsMatters the individual was taken to hospital.

Kamloops resident Nathan Ritchie was at the site of the collision, at Aberdeen Drive and Van Horne Drive, and says the vehicle involved was a sedan.

Fesenko will be releasing more information later this evening. KamloopsMatters will update this story when more details come in.

Pedestrian involved in crash near TRU was a university employee
Nov 18, 2019 12:49 PM
Comments
We welcome your feedback and encourage you to share your thoughts on this story. We ask that you be respectful of others and their points of view, refrain from personal attacks and stay on topic. To learn about our commenting policies and how we moderate, please read our Community Guidelines.