REFRACTION: So you hate Old Navy… 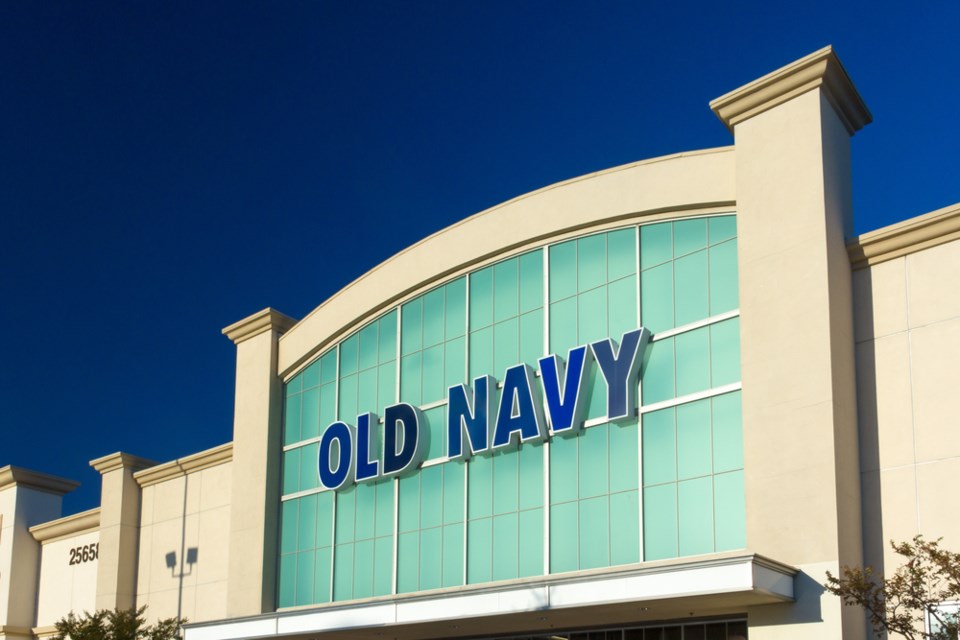 Old Navy will be making a home at Aberdeen Mall. (via Shutterstock)

“Old Navy is crap! I wouldn’t be caught dead wearing their clothes. Why would you want to look like everyone else?! I like to be an individual. When I have kids, I’ll dress them in way better stuff than that, or at least comb second-hand stores and put them in vintage clothing. I can’t believe anyone shops there.”

So said the DINK (Dual Income No Kids) woman in her 30s to me, voice dripping in contempt, as her nose wrinkled up in disgust.

What she didn’t realize was that, even as she said it, I was wearing an Old Navy jacket, and what’s more, it was probably the nicest and most expensive piece of clothing I owned at the time.

My husband and I were married very young and also chose to start our family early. Flush with cash we were not, but happy as can be we most certainly were. At 26 years old we had three kids under four years old (one who had significant and costly health complications) and we ran our household on a single, non-profit income while I stayed at home full-time during the early developmental years to raise our babies. It was a personal choice that I am incredibly thankful was possible and it was more than worth the sacrifices we had to make. We managed our money carefully, and while eating at McDonald's was considered a major splurge for us, we wanted for nothing.

But because of those choices, buying brand name or boutique clothing for ourselves and our children was just not an option. Old Navy was a store where I could shop for cute clothes for my kids while staying on budget. I was proud on Mother’s Day when my boys sported their matching plaid button-ups while my pretty little girl wore her robin’s egg blue, lace-trimmed dress — all with Old Navy tags. I didn’t care that there might be other kids in other backyards taking similar pictures in the same outfits; I hoped their mamas felt just as proud of their kids’ affordable Sunday best as I did about mine.

I’m not necessarily advocating for big box stores here; I still love to thrift-shop and I’m proud that I can spot a good deal — a lot of my clothes are still bought second-hand, but at that time we were living in a very small town and thrifting could be extremely challenging with three small children and very limited options for sizes, quality and styles. Additionally, thrift store shopping is not always cheaper than buying new these days and half the stuff you find is from Old Navy anyway (because it washes, wears and ages well).

Similarly, I love mom-and-pop shops and have previously written columns about the value of small business. I support small/local whenever I can and whenever it makes sense, but here’s the thing: it isn’t always possible for people to buy small and spend big, sometimes people just need to do what’s possible for their families.

Both because I love their clothes and because I know that having it as an option will make a big difference in the lives of families in our community (kids clothes are expensive, y’all), I was excited when I heard the official announcement about Old Navy coming to Kamloops. It means a lot of new, entry-level jobs, an infusion into our economy (because, let’s face it, people are already buying Old Navy clothing elsewhere anyway) and a huge portion of Aberdeen Mall will no longer sit empty, further endangering the viability of Kamloops’ largest shopping centre.

This is a good thing, right? Except that there are always people who will say similar things to those I experienced with that woman that day, and more than a few of them came out online when the announcement was made.

If you want to discuss the perils of consumerism, we can do that; that would be fair game.

We need to consume with moderation and sometimes Old Navy fails to promote that; that I agree with because it’s a valid point and, with advocacy, solutions can be created to improve that problem.

Inadvertently or not, that woman made me feel very small for a hot minute. I felt the flush of colour creep up my neck as the shame of her words washed over me. I knew that the label on my clothes or the thoughtless words of someone with different values than my own shouldn’t really matter, but she made me feel cheap and like a bad mom, even though I was giving my kids the best I could at the time.

While I haven’t spoken to the Old Navy-hating woman in years, the jacket I bought on the sale rack and was wearing while she dressed me down in public lasted for over 12 years. I wore it to business meetings, church services, the park, to work and everywhere in between, and I felt cute while doing it all. And while my kids’ clothes might not have been “vintage” at the time, those Old Navy clothes have now been hand-me-downs to four or five other kids, so maybe they could technically be considered vintage now?

When the new clothing store doors open in our mall, I’ll be one of the first proudly through them, because I don't need the best to know that my worth is better determined by how I treat others than the name on a label.

So bring on Old Navy.

Katie Neustaeter is a professional writer with a background in broadcasting and owner of Refraction Communications. Katie is also a multiple Kamloops Readers Choice award winner in categories including Influencer, Volunteer and Personality. She also really loves candy. As a community advocate who is passionately engaged in her region, Katie explores a wide range of topics in her column Refraction with the purpose of promoting healthy public discourse.

REFRACTION: How the world has changed since 9/11 and the lessons we must not forget
Sep 11, 2019 12:15 PM
Comments
We welcome your feedback and encourage you to share your thoughts on this story. We ask that you be respectful of others and their points of view, refrain from personal attacks and stay on topic. To learn about our commenting policies and how we moderate, please read our Community Guidelines.