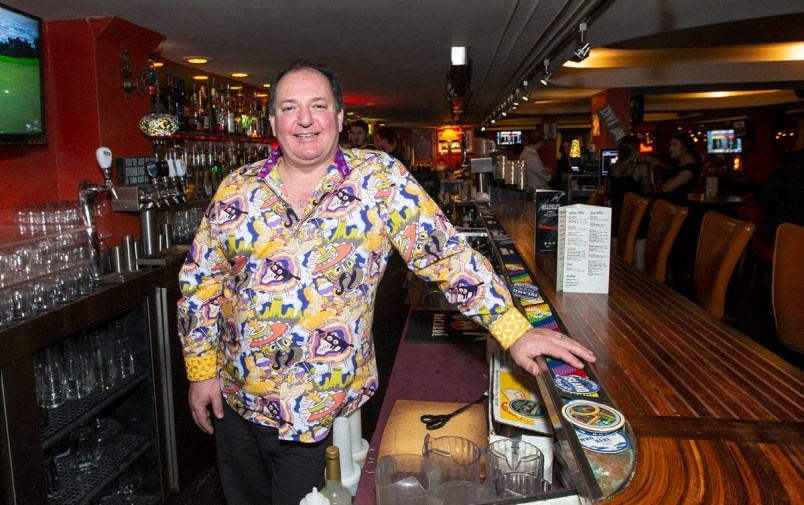 A restaurant overlooking Victoria’s Inner Harbour is charging a one per cent fee on food and drink to recover costs associated with B.C.’s Employer Health Tax.

Rob Chyzkowski, owner of Belleville’s Watering Hole and Diner at 427 Belleville St., said he started charging the fee a few days ago as a way to “survive,” noting the health tax will cost him at least an additional $40,000 a year. “We had a number of choices — we could lay off employees, increase the price of beer and food, or cut portions, or put a fee on,” said Chyzkowski.

A Belleville’s bill now shows the cost of the items purchased along with PST, GST and a one per cent “BCH.”

Chyzkowski said he looked at several ways to absorb the cost for health care being offloaded by the government and found the fee to be the most transparent, equitable and palatable way for patrons.

“I’m not interested in any more profit,” said Chyzkowski. “I am just trying to recoup what we have to pay to the government for the health tax. We’re trying to keep employment and not increase prices.”

Chyzkowski said he has kept the fee to a minimum and is trying to pass on the “actual cost.”

Premiums paid by individuals under the province’s Medical Services Plan were eliminated on Jan. 1, saving individuals up to $900 a year while families will save up to $1,800.

To make up for the lost revenue, the province introduced an Employer Health Tax of 1.95 per cent for businesses with annual payrolls above $1.5 million. Companies with a payroll under $500,000 are exempt, while those in between pay a reduced rate.

Small businesses have criticized the payroll tax, saying the government simply shifted the burden from individuals to businesses.

Without charging the fee, “I would have to lay off people — there’s no doubt about it,” said Chyzkowski.

Ian Tostenson, president and CEO of the B.C. Restaurant and Food Services Association, said the cost of the payroll tax to businesses is real and $40,000 to $50,000 for Belleville’s is “significant.” Profit margins in the restaurant business are thin and the consumer only has so much capacity, said Tostenson, suggesting others in the industry will likely follow.

“I think what he’s trying to say is: ‘instead of having a wholesale price change, I’m going to call it what it is,’ ” said Tostenson. “It’s not an easy thing to absorb.”

The new tax will not help employment in the restaurant industry, he said.

A one per cent increase will not be that noticeable and is more palatable than an increase in food or drink prices for price-savvy consumers and a much better outcome than having to lay off or restrict the hiring of new staff, said Tostenson.

“I think most people will accept it, I hope,” he said. “I think people will appreciate his straightforward honesty.”

The Canadian Federation of Independent Business has asked the province to better balance the burden between employers and residents, suggesting that otherwise, employers will be footing the entire bill for health-care costs.