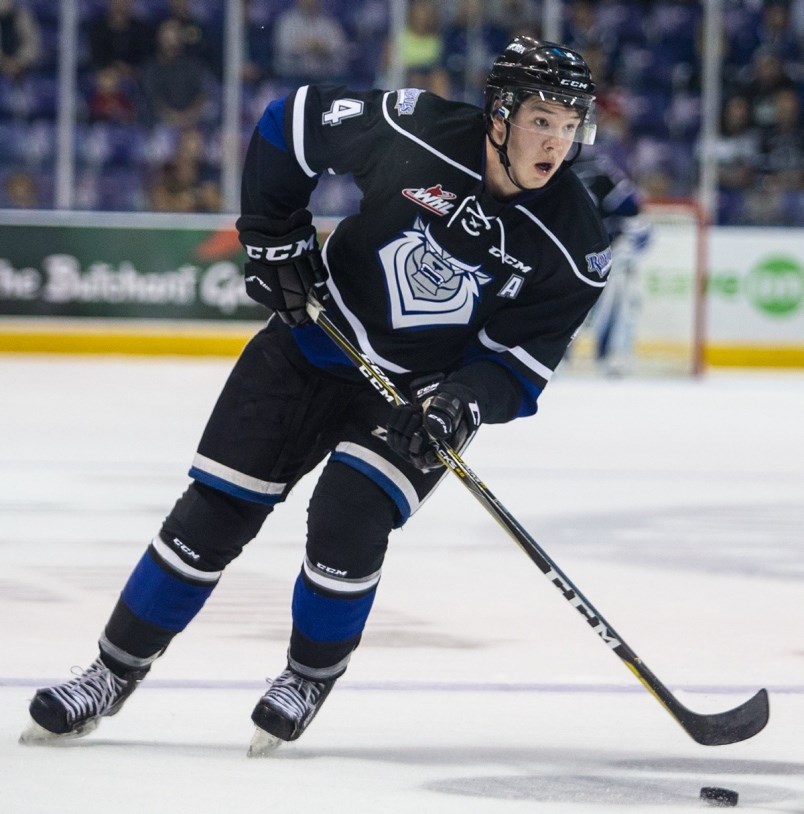 Royals blueliner Ralph Jarratt heads up ice with the puck Friday against the Blazers. (via Darren Stone/Times Colonist)

Phillip Schultz found the back of the net with one minute left in the third to deny the Kamloops Blazers any consolation points and give the Victoria Royals a 3-2 win on Friday night (Sept. 28).

Kamloops fought hard to put themselves in a position for overtime, after the Royals special teams helped them jump out to a 2-0 lead in the first period. First, Kaid Oliver scored a shorthanded goal off a Nolan Kneen turnover, before Igor Martynov added one on the power play from Dante Hannoun and Ralph Jarratt.

But Kamloops got one back with two seconds left in the period, as Kobe Mohr put home a backhander for his first in Blazers blue and orange after being traded here from Edmonton.

In the second period, another Blazer got his first, as Kyrell Sopotyk found himself wide open on the doorstep and scored his first-ever Western Hockey League goal.

Kneen had two assists on the night while Zane Franklin and Orrin Centazzo each had one.

Both goalies were outstanding on the night, each facing 38 shots: Victoria's Griffen Outhouse just made one more save than Kamloops' Dylan Ferguson.

The Blazers will look to get revenge tonight, when the teams play again at 7:05 p.m. at the Save-On-Foods Memorial Arena. But in order to get a win this time, Kamloops will have to be more productive with the man advantage, after going 0-for-4 on Friday night.