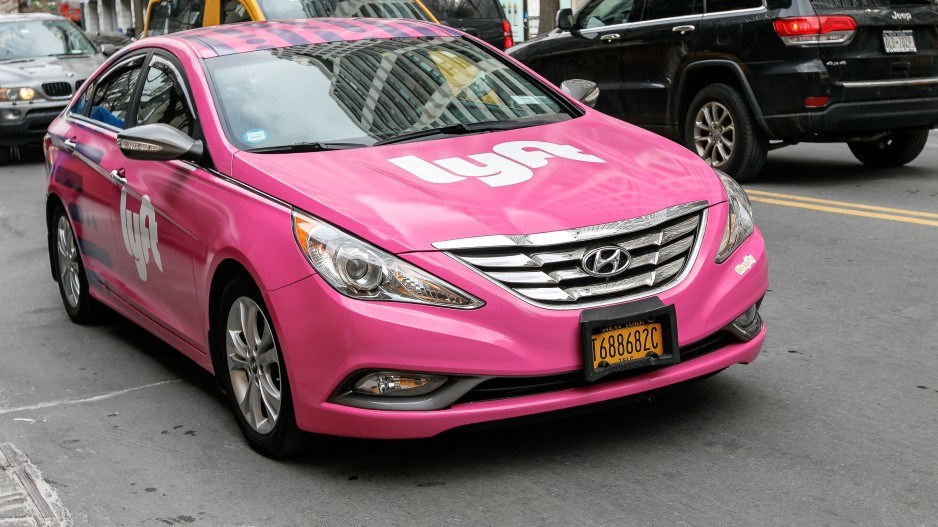 A Lyft car in New York City. Lyft has publicly said requiring a class 4 licence for drivers is a deal-breaker for them. (via Shutterstock)

Okanagan civic officials are urging B.C.’s minister of transportation to reconsider requiring ride-hailing service drivers to have a class 4 commercial licence rather than a standard class 5 permit.

Minister of Transportation and Infrastructure Claire Trevena has been firm on ride-hailing service drivers having the class 4 licence.

“I am a firm believer in safety and believe that a commercial class 4 driver licence provides a safer atmosphere for passenger-directed vehicle movements, with extra testing and a medical examination completed at time of application and in routine intervals thereafter,” she wrote in a June letter to Passenger Transportation Board (PTB) chair Catherine Read.

The class 4 licence requires higher levels of testing than the more common class 5.

“Limiting drivers to only those who hold a minimum of a class 4 license could greatly limit the viability of ride-hailing as a transportation option in our region and in other areas across the province. We urge and welcome you to reconsider the establishing the class 4 commercial license as the minimum licence class for all Taxi and TNS [Transportation Network Services] drivers,” the partnership said in an Aug. 1 letter to the minister released publicly Aug. 15.

The partnership argued submissions to government have all leaned toward the use of a class 5 licence.

The class 4 licence, the letter argued, imposes additional screening measures as well as barring students and immigrants from driving in such services for three years.

“Requiring a Class 4 (commercial) license will negatively impact the availability of TNS service at peak times or make it untenable to operate these services outside of the most populated areas of the province,” the letter said.

The group said overall it agrees with steps taken by Victoria as they align with regional goals for reducing car dependency, increasing mobility options, reducing the need for parking, lowering impaired driving rates and preparing the region for transportation technology change.

Ride-hailing company Lyft has publicly said requiring a class 4 licence for drivers is a deal-breaker for them.

The PTB begins accepting applications from companies wishing to operate within the province Sept. 3.

The quickest any companies can hit the roads will be Sept. 16, when a full complement of regulations will be in force.

The class 4 requirement has spurred criticism from other municipalities and business groups.