Season ends on a sour note for Kamloops Venom 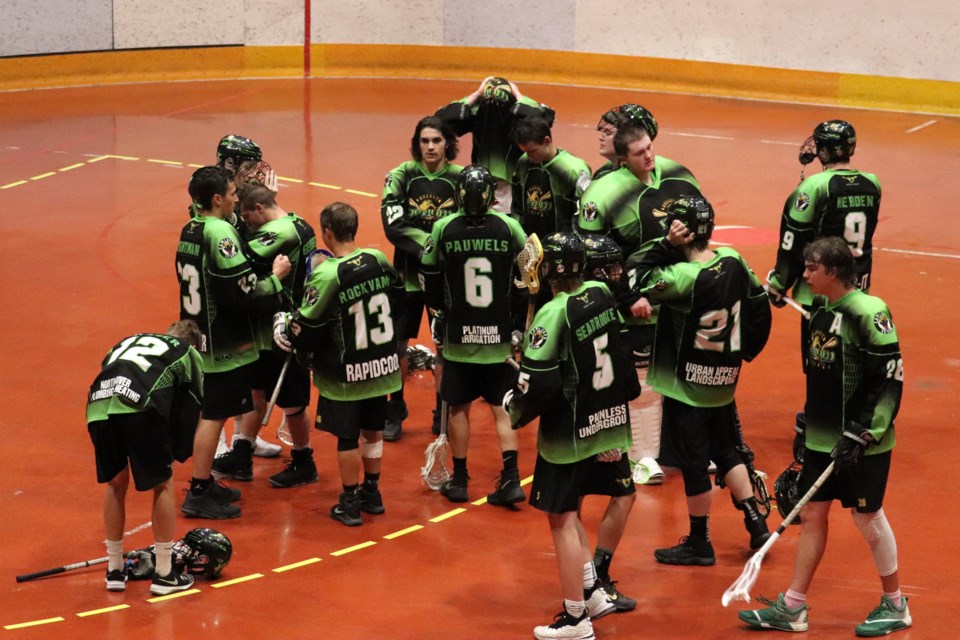 They went down fighting, but ultimately, the three-time champion Kamloops Venom went down in a sweep to the Vernon Tigers in Thompson Okanagan Junior Lacrosse League (TOJLL) finals, after losing game three 12-9 last night.

Vernon's win not only ends Kamloops' run of titles that started in 2015, but also gives their franchise six TOJLL championships, one more than the Venom's five.

The Tigers raced out to an early 5-0 lead in the deciding game, aided by a major penalty by Kamloops captain Brady Georget that resulted in him being ejected. Vernon led 7-2 at the end of the first period and by as much as 9-2 in the second period.

But the Venom managed to claw their way back, and with Kordell Primus scoring a goal late in the period with their net empty, Kamloops ended the second frame trailing 11-7.

Kamloops managed to close the gap to three goals halfway through the third, but they couldn't complete the comeback. With just over two minutes remaining, a frustrated Venom team saw Primus and coaches Doug Clark and Dan Peterson all get ejected after a scuffle.

Vernon took the overall series 3-0 and outscored Kamloops 45-28 in the finals. The Tigers will now move on to the provincial championships in August, against a yet-to-be-determined opponent from the Lower Mainland or Vancouver Island.

As for a handful of Venom, this marks their final season in black and green: Kolby Pauwels, Tylor Seabrooke, Boomer and Georget are all moving on after this year.