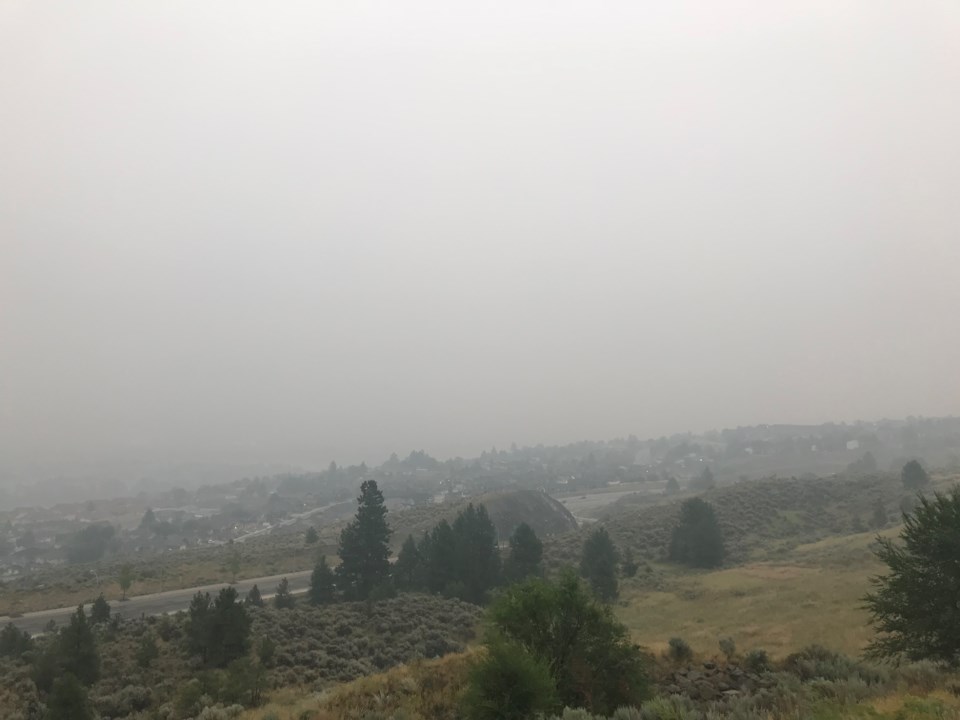 The heavy layer of soot and ash that continues to hang over Kamloops has caused two federal ministers to delay announcements in Kamloops on Monday, Aug. 20.

The grand opening of the Thompson Rivers University Industrial Training and Technology Centre, which was planned for tomorrow morning has been cancelled, according to a press release. The release, perhaps unsurprisingly, cites smoke as the reason.

A similar announcement planned for midmorning at the Little Big Science Centre has been postponed, according to a similar release, also citing smoke. The announcement was going to be for "investments in interior B.C.'s innovators and researchers of the future" according to the release.

Flights in and out of Kamloops have resumed, according to a tweet by the Kamloops Airport. To confirm a flight is still planned and on time, call the airline itself or check the airport's website.

Some good news for those looking to stay active despite the poor air quality; the City of Kamloops is changing its planned maintenance shutdown of the Tournament Capital Centre next to TRU. Access to the partial track and two basketball courts will be open. Hours will be 5:30 a.m. to 11 p.m. on weekdays, and 6:30 a.m. to 9:30 a.m. on weekends.

Events planned for Sunday were cancelled, including the annual Overlanders Day at McDonald Park.