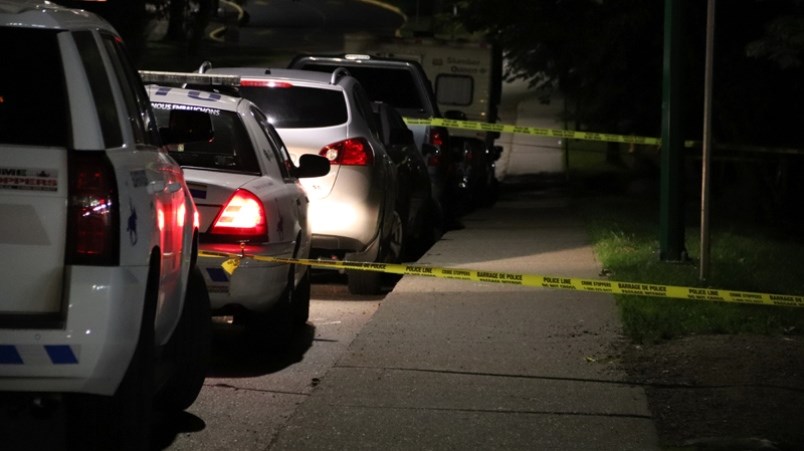 Burnaby RCMP are looking for suspects in a violent carjacking that sent a 19-year-old man to hospital with serious stab wounds early this morning (July 15).

Emergency responders were called to the 9000 block of Cardston Court just after midnight for reports of a stabbing, according to Burnaby RCMP.

A man had been stabbed during an altercation with another group of men from a dark SUV, police said.

The assailants had then taken off with the car the victim had been in, a white 2004 Mazda 3.

Another man with the victim was unhurt, according to police.

Officers have since located the car, but none of the carjackers has been found.

“At this time in our investigation it is too early to confirm a motive for this carjacking and stabbing; however, it is believed to be targeted and the victim is known to police,” stated an RCMP release.

Anyone with information about this incident is asked to contact Burnaby RCMP at 604-646-9999. To remain anonymous, contact Crime Stoppers at 1-800-222-TIPS or www.solvecrime.ca.

Police would like to speak with anyone who may have seen a dark coloured SUV or the white 2004 Mazda 3 fleeing the area of Cardston Court after the incident.