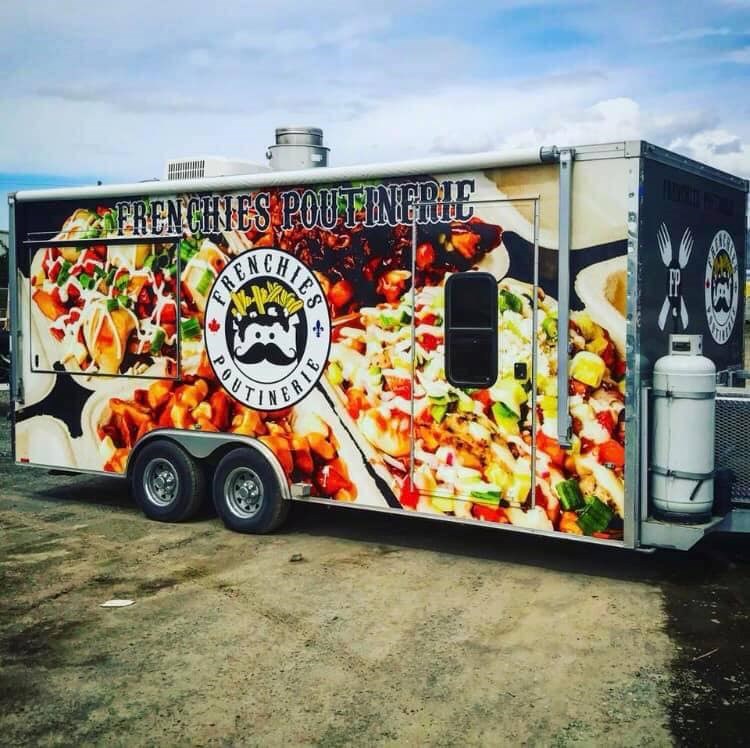 The trailer. (via Facebook/Frenchies Poutinerie)

If you were hoping to hit up a food truck festival sometime soon and grab a basket of Frenchies poutine, some bad news.

That trailer is still AWOL.

The trailer, reported stolen on July 30, is still missing, though the manager of the company's downtown storefront, Brandon Bauer, says it was spotted shortly after it disappeared.

"A gentleman who owns a trucking company in Abbotsford called me last week, on Thursday," Bauer tells KamloopsMatters. "He told me he had seen the truck, dead to rights, across the street the day before."

"He hadn't been aware of our story, so he obviously he didn't give us a call when he did see it."

That sighting happened Wednesday, July 31, meaning the trailer probably disappeared into Vancouver shortly thereafter, Bauer says, and therefore it may be gone for good. He did call Abbotsford police, but hasn't heard anything since then.

There have been sightings in the Kootenays as well, in the Salmo area, but Bauer chalks that up to a local food truck based in Nelson.

"From what I understand, the poutine truck that was in Salmo was a poutine truck. They're called La Poutinerie. They're the one that goes to Shambala every year," Bauer says.

Currently, Frenchies ownership is working on insurance forms and taking things day by day, Bauer says, so it's unclear if a second trailer is in their future, if the stolen one is never found.

Somebody stole the Frenchies Poutinerie trailer from downtown Kamloops
Jul 31, 2019 8:09 AM
Comments
We welcome your feedback and encourage you to share your thoughts on this story. We ask that you be respectful of others and their points of view, refrain from personal attacks and stay on topic. To learn about our commenting policies and how we moderate, please read our Community Guidelines.