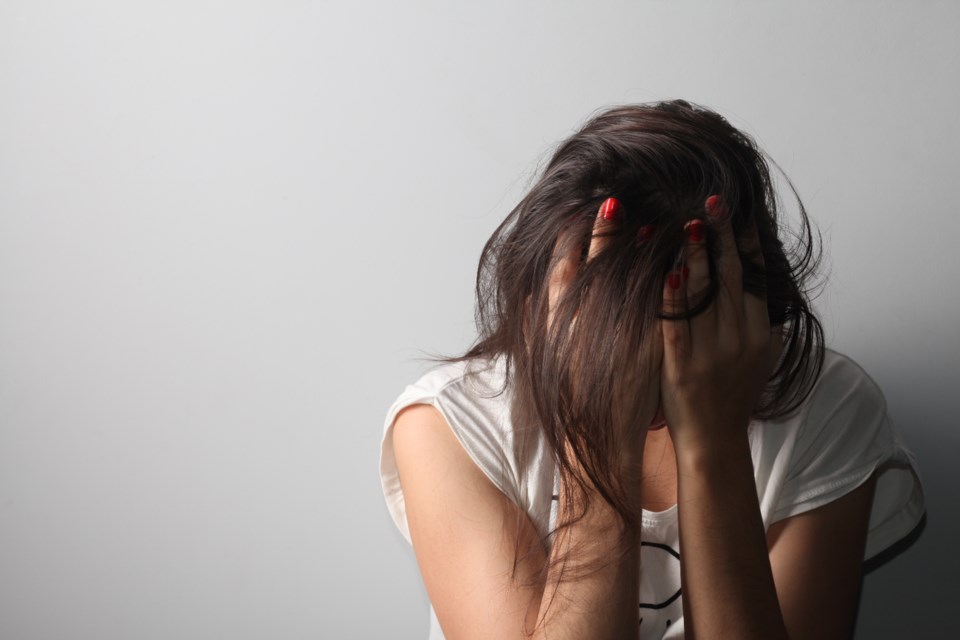 Stigmatization is one of the barriers for individuals stuck in the cycle of addiction and for family members seeking support for themselves and their loved ones. Understanding the deeper personal stories of those who use prescription and illicit drugs as well as those who gamble (some casually, others regularly), is one way of debunking slurs.

Revealing why people choose to try and continue using drugs or gambling is one way of understanding how addiction affects so many people in our community. They are someone’s son/daughter, husband/wife, father/mother, brother/sister, uncle/aunt, nephew/niece, cousin, grandchild.

Their Story is a space for those who are struggling (or have overcome) to share their stories and experiences. It's also a space for family members struggling with addiction within their family. The interviews are compiled by Eileen MacLeod, a retired Kamloops resident who has a passion for social justice.

For privacy reasons, KamloopsMatters will not be publishing the identity of those who contribute to this column. If you or someone you know is interested in participating, email info@kamloopsmatters.com or call 250-572-0369.

Where do you currently live?

Which of your loved ones is struggling with an addiction?

What was the first mind-altering drug they used, that you're aware of?

Alcohol and it was around 13 years old.

To the best of your knowledge, what do you think made her try it?

So she could fit in. She has, since age two, several mental health diagnoses. She was bullied in school. She felt left out with peers because they wouldn't include her. One of her diagnoses is Fetal Alcohol Spectrum Disorder, so they don't always link cause and effect. The other aspect of it is forming relationships with people because she also has social phobia, which leaves her feeling very inhibited. Social phobia can best be described as holding somebody over a cliff and telling them, "Let's talk." She used that (alcohol) more to fit in. I think she also used it to numb some of the peer exclusion that had been going on. She also had a very serious suicide attempt at 13 because of all the ostracizing that was going on at school. She was doing fairly well in school. She had a lot of support and she did graduate.

What is she currently addicted to?

Heroin and crystal meth. She tried drugs periodically with boyfriends but never became addicted until she was 31.

What benefits do you think she's getting from using those drugs?

I think the benefit she's getting is she's able to communicate a lot more clearly and concisely, especially with her feelings, when she's high. I think it also allows her to numb all of the past abusive relationships she's had with men. There are five who physically and psychologically abused her. She's also using right now to feel like she fits in. It allows her to feel normal.

How has her drug use impacted your family?

2018 was dedicated to addiction. It impacted our family in, "How can we help her? We feel powerless." We learned a lot more about the opioid crisis than we ever really wanted to know in our retirement. A lot of time was dedicated to how can we help her, having her come in and out of our lives. She's always maintained contact. She'd come wanting to get clean, stay for a few days, stay for a week, and then she'd take off using again. I learned through all of this, because I'm a very proactive person, that our Canadian Mental Health Act only allows physicians to hold them for 48 hours, which normally happens with crystal meth addicts because they go into a drug-induced psychosis, and all the doctors can legally do is hold them for 48 hours because people have the right to choose to live at risk. The Canadian Mental Health Act needs to change to give doctors the tools to help people.

The RCMP are spending way too much time being frontline social workers as opposed to law enforcement officers. I've learned as well that our Canadian Charter of Rights and Freedoms, as much as it's wonderful and it protects innocent people from being persecuted, it also protects our drug dealers. Therefore RCMP can know somebody is a drug dealer but they cannot just go up and search them because of the charter. And that needs to change. I went to our MP and suggested a two-strikes-you're-out rule with drug dealers.

Right now, they're getting away with murder. People are dying from these overdoses. They're selling these drugs, the problem is getting worse but we're not dealing with the root cause, which is the supply.

How did the MP react?

She (Cathy McLeod) thought that was a good idea. She had already used her turn in Parliament to speak so couldn’t address it in the House of Commons. I asked if her party could introduce a private member's bill, declaring a federal state of emergency, which would free up funding in this country to deal with the opioid problem. These funds could go toward law enforcement, it could go toward treatment. Right now, in Kamloops, all we have are programs that the addict has to go to. We don't have in-patient treatment programs, we have mental health workers that as much as they're trying to do their very best, but as a mother, having witnessed this and having worked in mental health in the past, they need to get out of their offices and get on the streets. The mandate for these workers needs to change by listening to the workers and enacting their suggestions.

She worked, supported herself. We would see her. We would have Christmases together, birthdays. She had this wonderful laugh. She smiled all the time. And she loved her family. And I know she still loves her family now, but unfortunately, we can't have her around all family functions because of the unpredictability with the drugs, when she's high.

How do you think people see you, as a mother of a loved one with an addiction?

It's, "Let's blame the parents." Society is very quick to say, "Well, if she had been brought up right" or "Make her stop." You can't make somebody stop who doesn't want to stop.

The stigmatization of society is, "Well, what did you do wrong as a parent?" Always blame the parent. The interesting part, in this case, is she was two-and-a-half when we adopted her and, as I said, she came with several undiagnosed mental health illnesses. And this is a young lady who we advocated for, got the right diagnoses, she actually graduated high school; unfortunately, the stigma is not just toward parents but people who are different in general or express a different opinion in general.

What have you done to get help for her?

What haven't we done? We've paid for private treatment twice to the tune of $20,000. She has been in the hospital 10 times since summer. I have been in that hospital advocating to get the supports for her that she needs. Again, it comes again back to the Mental Health Act. After she's feeling better, she can leave and there's nothing they can do. I really think the law needs to change, in that we can take people who exhibit severe addiction and we should be able to put them in mandatory treatment for one year.

I'll give you an example. One time she came home and wanted to get clean, I phoned the local detox centre, which does awesome work in the community, but she was number 42 on the waitlist — that tells you how bad the situation really is locally. When we're talking about addiction and treatment and somebody choosing to get clean, we need immediate action. We ended up doing detox at home with her.

I think we have great programs between the RCMP, the medical community, the social service agencies dealing with addiction. I think everybody is trying to do their job but we can't do a job if people don't want to quit. People won't quit if we have dealers on the streets. After talking to RCMP officers, that is the root cause — easy access to drugs, especially when addicts are trying to detox or rehab with treatment. We need to give drug dealers heavy sentences so nobody wants to get into that profession. Our daughter happens to live with her dealer, who makes $1,000 a week selling drugs. We need new laws that are going to put the dealers in jail, not the addicts.

I am encouraging everybody in the next election, federal, provincial and otherwise, start holding (politicians) accountable. Who's going to get tough on crime? Because we really need it. This problem is getting worse. If we do what we always did, we are always going to get what we got. My heart goes out to all the family members struggling or have lost loved ones with addiction. I am hoping my story gives someone the courage to speak their truth with this awful disease...we as community members number in the thousands.

Their Story: How a gambling addiction can overpower everything
Nov 7, 2018 5:08 PM

Their Story: Addicted to cocaine and keeping up with everyday life
Oct 30, 2018 2:03 PM
Comments
We welcome your feedback and encourage you to share your thoughts on this story. We ask that you be respectful of others and their points of view, refrain from personal attacks and stay on topic. To learn about our commenting policies and how we moderate, please read our Community Guidelines.