This Kamloops student is a finalist for a 100K Loran Award 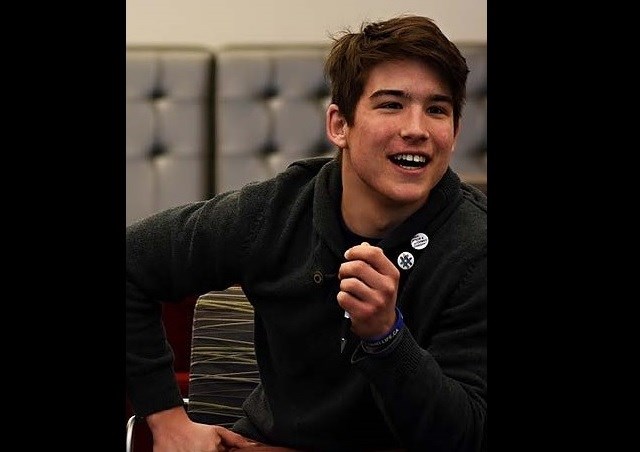 A Grade 12 student from NorKam Secondary is one of 88 finalists from across Canada up for Loran Award, valued up to $100,000.

Matthew Ciardullo was chosen from a pool of 5,194 candidates. The 17-year-old will be flying to Toronto at the end of the month for nationals. Following a series of interviews, the Loran Scholars Foundation will grant up to 36 Loran Awards. The accolade includes annual stipends, tuition waivers from a partner university, mentorship, summer internship funding as well as annual retreats and forums.

If Ciardullo doesn't take home one of the coveted prizes, he'll receive a $5,000 finalist award.

"I was so excited," Ciardullo says of finding out he made the cut. "I was in Superstore. I was supposed to be getting food, but it was hard to concentrate after that."

Founded in 1988, the Loran Scholars Foundation was the first national organization in Canada to grant undergraduate awards based on a mix of academic achievement, extracurricular activity and leadership potential.

If you browse through Ciardullo's resume, it's easy to see why he's a finalist. He founded NorKam's Environmental and Upcycling Club, he co-facilitated the 2019 Kamloops RCMP youth advisory committee, and was the executive of Rotary Hybrid Interact. That's just the tip of the iceberg.

Ciardullo says he has always tried to be a well-rounded individual. When he's not studying, he loves to play rugby and weight lift.

His post-secondary subjects of interest include journalism, environmental studies, psychology, sociology and philosophy.

When asked about his dream job, Ciardullo says it would be working in Bangladesh at a refugee camp.

"There's a genocide in Myanmar and I would be working with families as a social worker," he says. "The reason I know I'd love it is because... a couple of summers ago, I worked with (fire) evacuees (at Thompson Rivers University). I remember hearing, 'So if we start to run out of any of the foods, tell me and I'll give Safeway a call and they’ll deliver it within 30 minutes.' The community came together and there was so much support, and I just want to do go things for people whose lives have completely fallen apart."

Ciardullo's top three picks for post-secondary include the University of Victoria, University of Waterloo and Western University. Thompson Rivers University in Kamloops is not a partner school.