This northern B.C. community forest has been approved 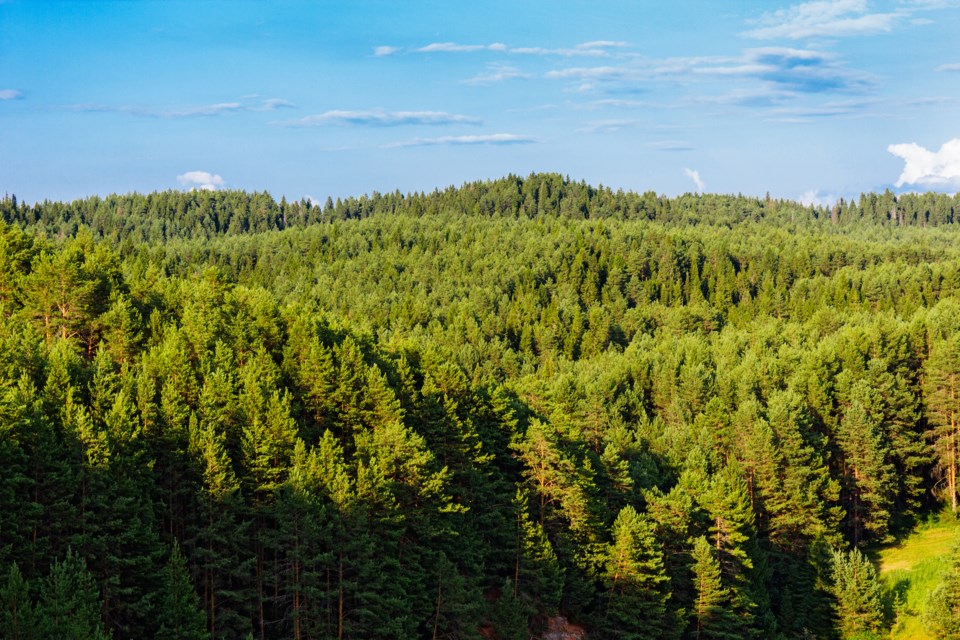 The province has announced its approval of the Fort Nelson community forest, and has added nearly one million cubic metres of timber to the region's annual cut.

The community forest, which will be managed jointly between the Northern Rockies municipality and the Fort Nelson First Nation, allows for annual cut of 217,650 cubic metres per year. It is B.C.'s largest community forest, and long considered a key part of rebooting the region's forestry sector, according to the ministry of forests.

"As part of the application, the partners demonstrated community awareness and support for the community forest, including building relationships and sharing information with neighbouring First Nations and area communities, and making application adjustments based on feedback," the province said in a bulletin issued on Tuesday (July 16).

Of the annual cut, 118,000 cubic metres will be conifers, with the rest to come from deciduous stands, the province said.

It’s estimated community forests create one full-time job for every 3,000 cubic metres of wood harvested, with average total sales of $2.3 million in communities with 3,000 people or less.

The province says the increases will encourage forestry operations to expand in the northwest section of the supply area, where 200,000 cubic metres can be harvested under the new cut levels. It will also promote a return to harvesting deciduous timber, with an extra 1.46 million cubic metres allowed, the province said.

“I am confident that my decision will encourage forestry opportunities for First Nations and other operators, while maintaining responsible management of biodiversity objectives.”

The dominant tree species in the Fort Nelson region are aspen, white spruce, and pine. The area’s boreal forest doesn’t have a lot of pine so it wasn’t affected by the mountain pine beetle the way Interior pine forests were.

The Fort Nelson area had a dimensional lumber sawmill, an oriented strand board (OSB) mill, and a plywood mill, all of which are shut down. Only one small family-owned sawmill in the area is still operating.

Earlier this year, Northern Rockies officials expressed hope a company would be willing to invest in restarting the OSB mill that was shut down in 2008, following the timber supply review.

If the mill ever did restart, the Canadian National Railway Co. would need to reactivate a rail line that runs to the old OSB plant.