This year's B.C. fire season is the third largest on record 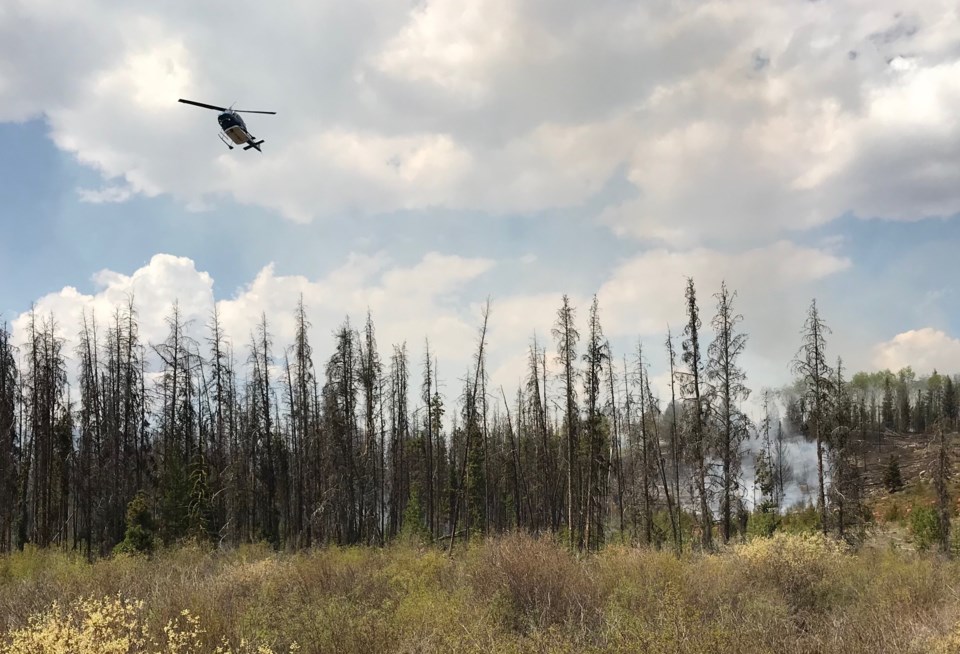 A helicopter flies over smoke at the Tunkwa Lake Road fire earlier this spring. (via Brendan Kergin)

After last year's massive record-breaking fire season, 2018 might not seem as huge, but it's one of the biggest ever.

Measured by hectares burnt, this is the third largest season on record, according to B.C. Wildfire Service fire information officer Kyla Fraser.

Records start in 1950. So far, over 604,000 hectares of land have been charred this year (an area significantly larger than the province of P.E.I.).

"Last year was just over 1.2 million hectares burnt, so definitely the biggest year on record," she says. "The second worst season was 1958 and that was 855,000 hectares."

Fraser says the wildfire service is taking into account the fact three of the five largest fire seasons happened in the last four years.

"That's something to take into consideration," she tells KamloopsMatters. 'We are taking a lot of these things into mind as we go through each fire season."

The major difference between this year and last is the size of last year's biggest fires and the sheer number of fires this year. Fraser says almost 550 fires are burning currently. Last year, according to the province's website, there were around 1,400 fires throughout the entire year.

"Last year, it was a little more concentrated with the Elephant Hill fire and the Plateaus complex, which were quite large," she says. "Fortunately, we don't have anything of that scale.

"The largest this year is the Shovel Lake fire, which is over 84,000 hectares."