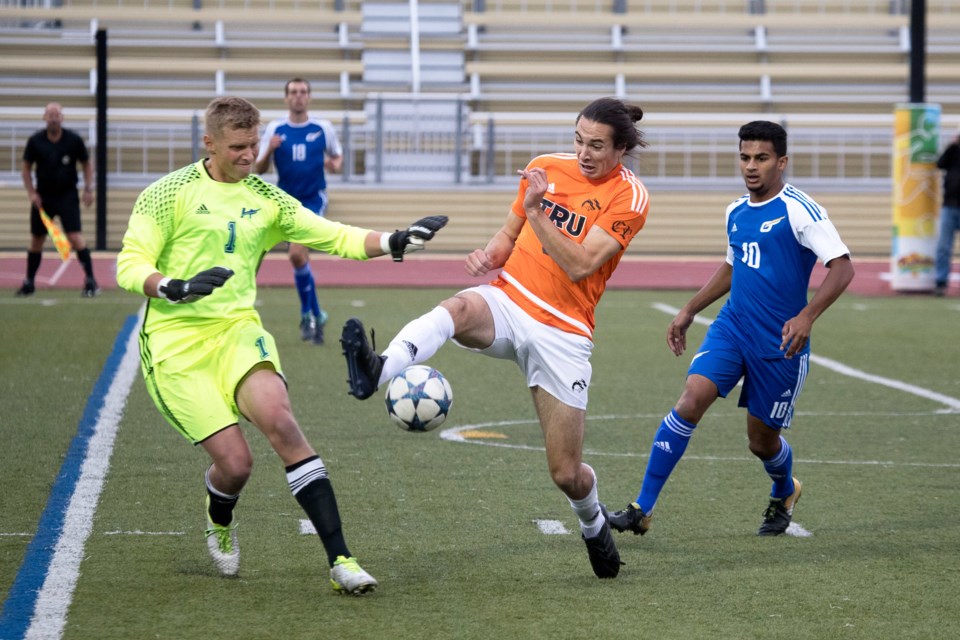 James Fraser on the attack in a game against UBC last season. Fraser had TRU's only goal in today's game. (via Andrew Snucins/TRU Athletics)

James Fraser had the WolfPack's lone goal as they clawed their way back from an early 1-0 deficit.

Fraser, who tied for the team-lead in goals last season, had all day to put home a beautiful cross from Dylan Hooper in the 35th minute.

UBC drew first blood at the nine-minute mark, when Riley Pang beat Jackson Gardner with a header off a Ryan Arthur free kick.

In the second half, neither team could get the extra marker and the three points that came with it.

Both Gardner and UBC keeper Jason Roberts had four saves on the afternoon.

The Thunderbirds came into the day a perfect 2-0 after their first weekend of play.

For the WolfPack, their opening weekend of action continues tomorrow when the University of Victoria Vikings paying a visit to Hillside Stadium. The game kicks off at 1 p.m.