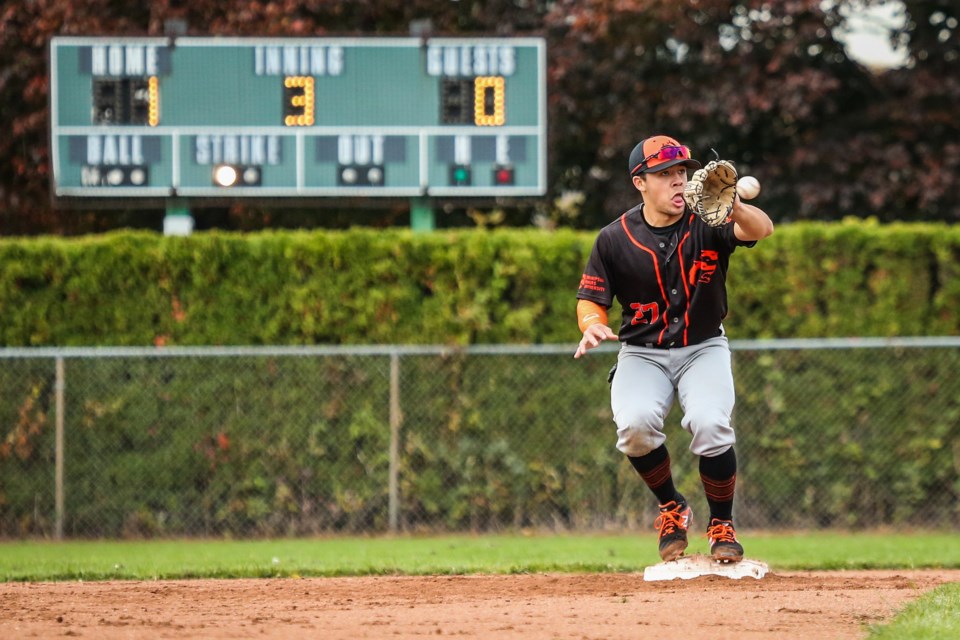 The Thompson Rivers University WolfPack are off to the finals at the 2019 College National Baseball Championship following a gutsy 6-4 win over Holland Hurricanes.

TRU trailed by one run entering the seventh and final inning, but Adam Filmon would rip a two-run double for what would stand as the winning run before Liam Shibata brought him home for an insurance run.

Tyler Hodder got the win for the WolfPack going the complete game and giving up four runs (two earned) while striking out five batters and walking three.

Vance Fode hit a two-run homer to jumpstart the WolfPack offence in the first inning.

Filmon was named player of the game going two for three with the two runs batted in.

Now, TRU will wait to see who their opponent is in tomorrow's final: they'll play the winner of the Humber Hawks vs. Durham Lords, which gets underway shortly.

The WolfPack lost to Humber 2-1 yesterday and have yet to play Durham.

TRU WolfPack earn shutout win, move on to College National semis
Oct 25, 2019 9:25 AM
Comments
We welcome your feedback and encourage you to share your thoughts on this story. We ask that you be respectful of others and their points of view, refrain from personal attacks and stay on topic. To learn about our commenting policies and how we moderate, please read our Community Guidelines.