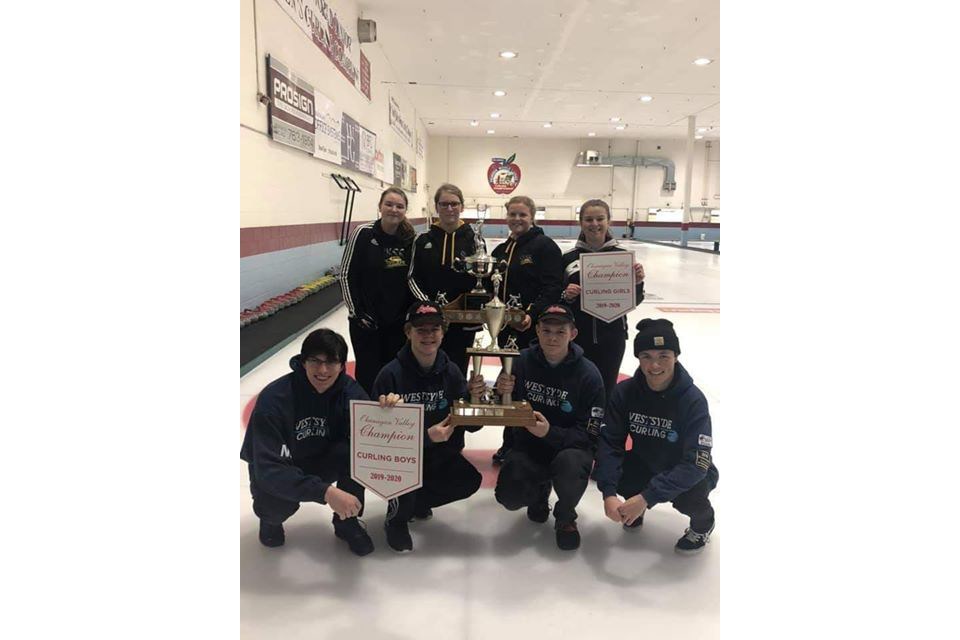 The South Kamloops Secondary girls and Westsyde Secondary boys won the curling championships for the Okanagan Zone over the weekend. (via Contributed)

The boys curling team from Westsyde Secondary and the girls team from South Kamloops Secondary School (SKSS) both earned a trip to the provincial championship after winning their respective Okanagan Zone over the weekend.

They qualified for the 2020 tournament by beating George Elliot in the Okanagan Zone finals 8-2 in six ends. Westsyde finished the round robin a perfect 4-0.

The SKSS girls won the Okanagan Zone for the fourth time in the school's history and for the first time since 2013, when local curling legends Corryn Brown and Erin Pincott helped the team to a three-peat (2011-13).

This year's team of Holly Hafeli, Jorja Kopytko, Natasha Olmstead and Natalie Hafeli also went undefeated, going 3-0 in round-robin play and then 2-0 in the playoffs. They also matched up with George Elliot in the final, winning 7-3 in seven ends.

Both teams will have plenty of time to practice, as provincials don't start until March 4 in Winfield.

South Kam girls and Westsyde boys bring home hardware this weekend at the high school playdowns in curling. They will represent the Okanagan at Provincials in March. @Kamloops_SD73 @WSSwhundas @SKSS_Titans #kamloops #curling pic.twitter.com/89Gk9nHXqL

Westsyde wins B.C. High School Curling Championship
Mar 2, 2019 11:38 AM
Comments
We welcome your feedback and encourage you to share your thoughts on this story. We ask that you be respectful of others and their points of view, refrain from personal attacks and stay on topic. To learn about our commenting policies and how we moderate, please read our Community Guidelines.