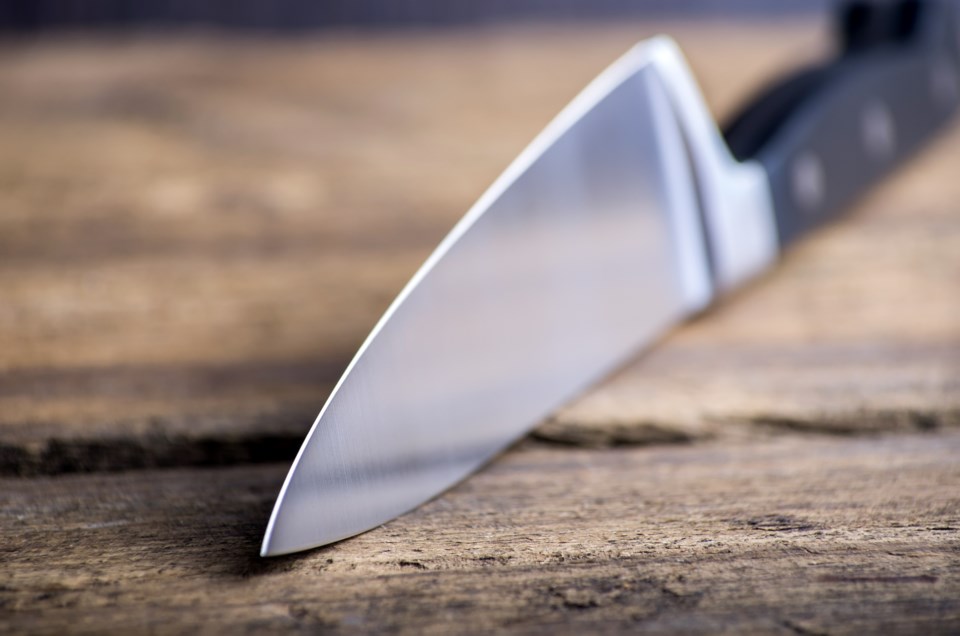 Crown prosecutors are seeking a four-to-six year jail sentence for a woman who barged into an Osoyoos mother’s home with a large knife “asking to see the baby.”

Sharon Forner appeared in Penticton court Wednesday (Aug. 7) for a sentencing hearing following a guilty plea in April to one count of break and enter to commit an indictable offence.

In a bizarre case that captured international headlines, Forner was caught on surveillance camera last year approaching the front door of an Osoyoos home wearing a wig and yellow rubber gloves. A mother alone at home with her seven-week-old child answered the door. Forner then said she “just wanted to see the baby.”

The mother was able to defend herself and push the 45-year-old intruder outside, as shown on surveillance footage. Forner was arrested by police the following day.

The Crown argued Wednesday for a four-to-six year sentence while the defence sought a 16-month jail term and three years of probation.

Both sides submitted numerous previous cases to support their arguments, but both acknowledged, there isn’t much precedent.

“This is a bizarre and unique case. It’s not typical offending behaviour,” said defence lawyer Justin Dosanjh. “This case has no precedential value.”

Court heard the incident happened while Forner, a lifetime alcoholic, was in a “blackout state.”

“She recognizes that she has an issue with alcohol and she’s taking steps to address it,” Dosanjh said.

When given the chance to speak, Forner apologized profusely to her victim.

“I’m sorry for the terror you must have felt that day and the trauma I have caused,” she said, adding she is “working hard” on her addiction and mental health issues.

“I’m embarrassed and disgusted with myself and I’ve shamed my family’s name. My actions have shocked my small community. Never in a million years would I think that my addiction would lead me to traumatize another human being," Forner continued.

The judge reserved sentencing for a later date.