VIDEO: Before leaving Kamloops, the B.C. Lions decided to try some wheelchair basketball 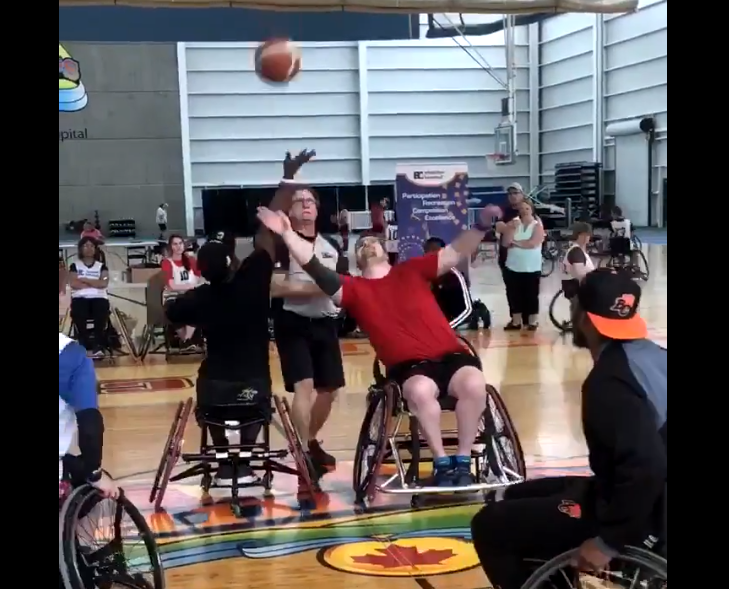 Screen capture of some B.C. Lions taking part in a wheelchair basketball game. (via Twitter/B.C. Lions)

While B.C.'s mountain lions have four legs, the B.C. Lions tried getting about on four wheels earlier this week, taking on local wheelchair basketball players.

In a video tweeted from the team's Twitter account, a group of football players are zipping around the Tournament Capital Centre gym, trying their hand at the popular wheelchair sport.

When the #BCLions crash the local wheelchair basketball game 💪🏽🏈🏀😂

The locals and football players are split on both teams, the minute-long clip shows a pretty even matchup. Unfortunately, no one is able to sink a basket. A second video from Lions' fullback Rolly Lumbala captures a bit more of the action.

The Lions made some viral headlines earlier this week when a video of players taking part in an aquafit class was tweeted out.