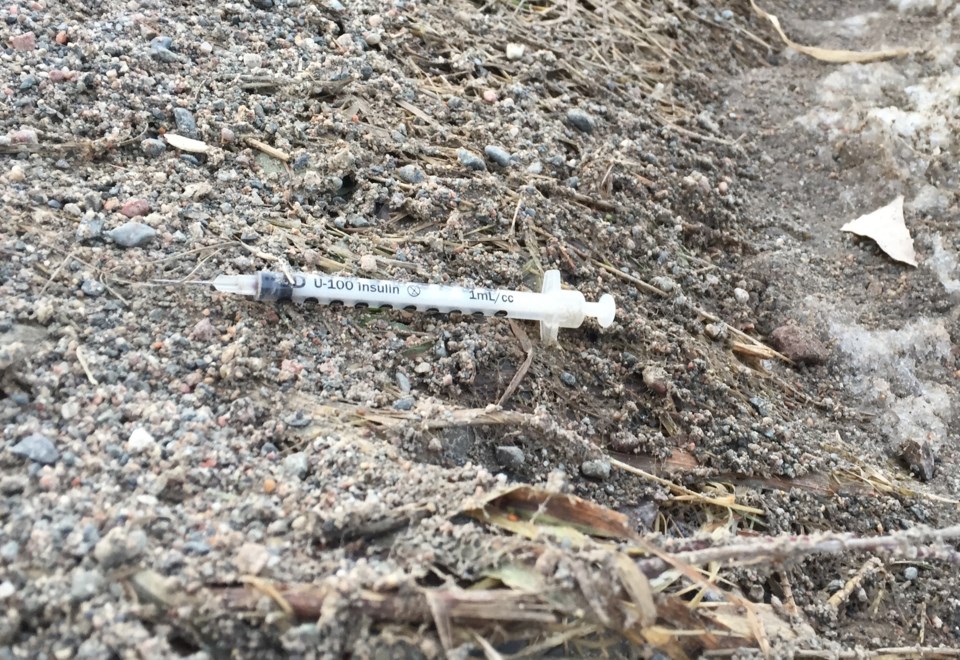 A B.C. woman took a disturbing video of her small children and niece showing her a needle they had found while playing at a park, one of whom allegedly stepped on it.

The woman, who requested not to be named in this article, first shared the video on social media.

It depicts the small children running under a large tree with a sheltered area underneath near the water park at Skaha Lake Park in Penticton and pointing to what appears to be an uncapped needle.

The woman told Glacier Media her son had brought her the orange cap, and that her niece stepped on it and was taken to hospital. She did not have an update on what happened with her niece while at the hospital.

The footage and story took off on social media, sparking outrage amongst commenters and commiseration — many recognized the large tree and said their kids play under it too.

The woman sent the video to Glacier Media but said, "I don’t want any publicity. I’d rather see Interior Health and the City of Penticton step up to the plate by sending out a public service announcement that our parks need to be searched by parents before their kids play and how to deal with a needle poke when it happens."

She wants the video to show the stark reality of what children and families are dealing with in public spaces.

"This is how innocent our children are and oblivious to the dangers that now lurk in every children’s park within our community," she said.