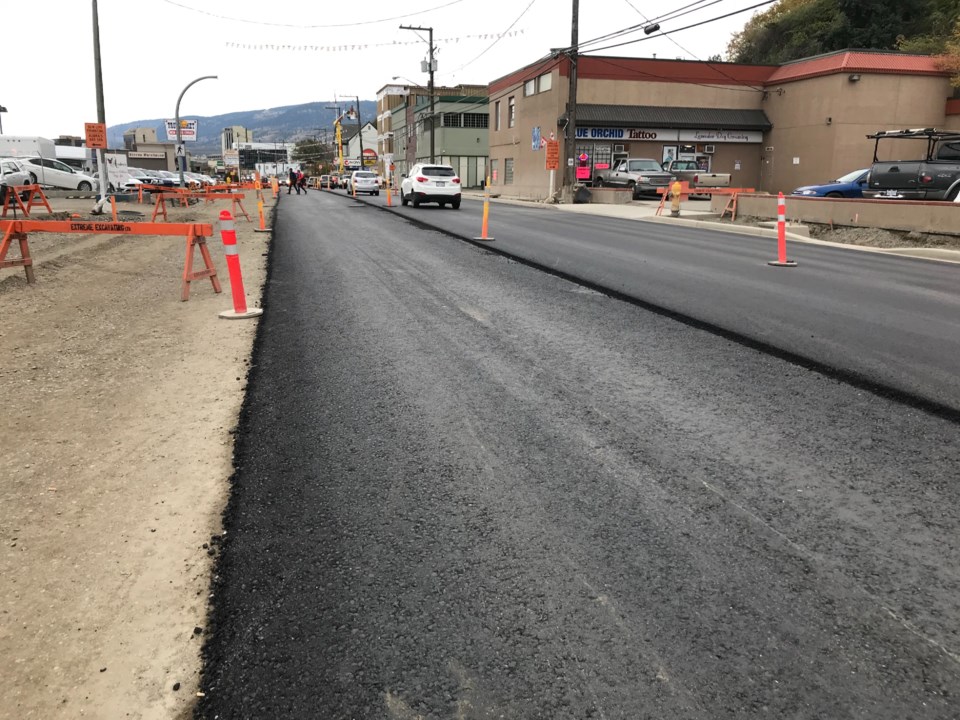 Delays along West Victoria Street will soon be done for the year, but if you want to cherish the memory of reduced lanes and bumpy roads, now there's a video for that.

The final stretch of the street will be paved on Nov. 13 and the city is warning motorists that they should expect significant delays on that day.

“We apologize for the significant delays that motorists and transit users have been experiencing while crews are working in Stage 4, particularly those people travelling down Summit Drive or on Mission Flats Road,” says Darren Crundwell, the city’s capital projects manager, in a news release.

“The city and Extreme Excavating appreciate the patience of motorists, transit users, and pedestrians, as well as the businesses and residents along the Victoria Street West corridor, as crews work to have all lanes of traffic open and pedestrian access restored throughout the corridor for the winter by the end of 2019.”

In celebration of this stage reaching its conclusion, Extreme Excavating also released a video documenting the work they've done this summer and it's pretty great.

"Good morning West Victoria Street! Come on down cuz it's business as usual," booms a narrator who is never heard from again.

Someone at the company clearly wanted to get some usage out of their drone, as the two-minute video is largely overhead shots of construction at various stages of the project, which began this spring.

But the music is incredibly catchy and worth the watch alone. Maybe you can listen to it when you're stuck in traffic next Wednesday?

Victoria Street West construction project ahead of schedule
Jul 29, 2019 11:35 AM

Watch your speed on Victoria Street West: Kamloops RCMP
Oct 3, 2019 8:50 AM
Comments
We welcome your feedback and encourage you to share your thoughts on this story. We ask that you be respectful of others and their points of view, refrain from personal attacks and stay on topic. To learn about our commenting policies and how we moderate, please read our Community Guidelines.