Weekend non-events in Kamloops: Here's what's been cancelled due to smoke

Smoky conditions are forcing some events to relocate to other cities
0
Aug 24, 2018 10:17 AM By: Eric Thompson 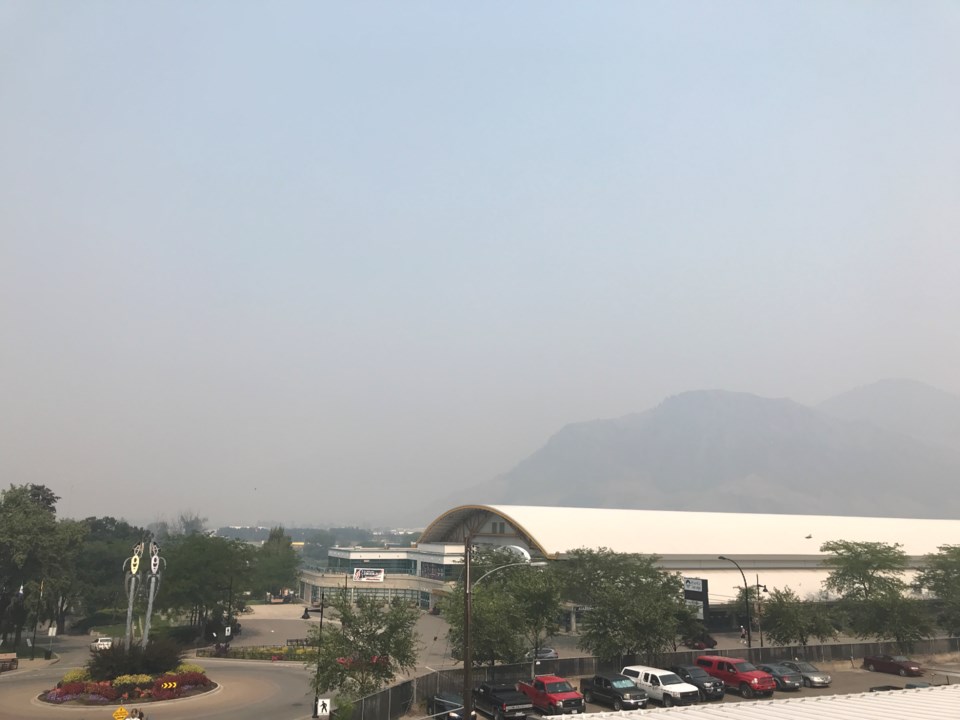 A photo of smoke over Kamloops taken on Aug. 7. (via Brendan Kergin)

No kicks will take place this weekend, be they football or the other football.

The Thompson Rivers University men's soccer team had a pair of games postponed this weekend. Originally, Saturday's home opener against the University of Fraser Valley Cascades was postponed to Monday. But after a review took place today, that game, along with Sunday's match against the Trinity Western University Spartans, will be re-scheduled at a later date.

That means the WolfPack will (perhaps) finally open their season on Aug. 31 versus the University of British Columbia Okanagan Heat, at Hillside Stadium at 7 p.m.

The debut of a new Kamloops festival, Subculture, will go ahead as scheduled tomorrow.

“We have respirators on site, we have St. John’s Ambulance and we know the conditions to watch out for when people are getting a little more smoke inhalation,” says Chris Lynch, the festival’s director. “But this isn’t like a sporting event; there isn’t a lot of physical activity, so just like Roots and Blues festival last weekend (in Salmon Arm), they did fine, so we’ll do the same thing.”

If you haven’t gotten a ticket yet, a limited supply of passes will be available at the gate the day of.

It’s not all closures in Kamloops this weekend. 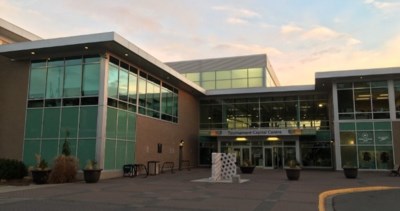 (via City of Kamloops)
Hearing the need for people to get out and move around, the city will fully reopen the Tournament Capital Centre Fieldhouse this weekend.

The track and basketball courts were partially undergoing scheduled maintenance but all areas, including EZ-line equipment and the Wellness Centre will be available starting tomorrow (Aug. 25).

“We understand the impact these smoky conditions have on the community,” says Jeff Putnam, the City's Parks and Civic Facilities manager in a release. “While the modified opening has been of some help this past week, we are happy to be able to fully open tomorrow to provide people with a place to get out of the smoke and stay active.”

The city will keep the fieldhouse open until further notice.

The Aquatic Centre will remain closed until Sept. 4, as the pools have already been drained, so halting scheduled maintenance now doesn’t really make sense.

The Westsyde Pool and Fitness Centre is open daily and its hours will be extended when Brock Pool is closed due to smoke. Daily updates can be found HERE.

The Kamloops Broncos game against the Valley Huskers will go ahead as scheduled, but it has been relocated to Chilliwack due to poor air quality.

Originally, the Broncos were going to host the Huskers at Hillside Stadium at 6 p.m. on Saturday (Aug. 25). Now the game will be played on the same day at Exhibition Stadium, with a start time of 7 p.m.

The air quality health index in Chilliwack is currently 3, compared to a 10+ rating locally.

The Broncos will now host the rematch that was originally scheduled for Sept. 8 in Chilliwack.

Another home game's fate still hangs in the balance, this time for the TRU WolfPack soccer team. Their home opener was supposed to be played on Saturday, but was tentatively postponed to Monday (Aug. 27). It will be determined today whether that game will go ahead.

A scheduled movie night for tonight was also cancelled yesterday.

This is the second weekend in a row that smoke has halted local activities.

Check back to see if anything else has been canned by cloudy air.

UPDATE: Basketball legend Kobe Bryant dies in helicopter crash, along with one daughter
Jan 26, 2020 11:59 AM