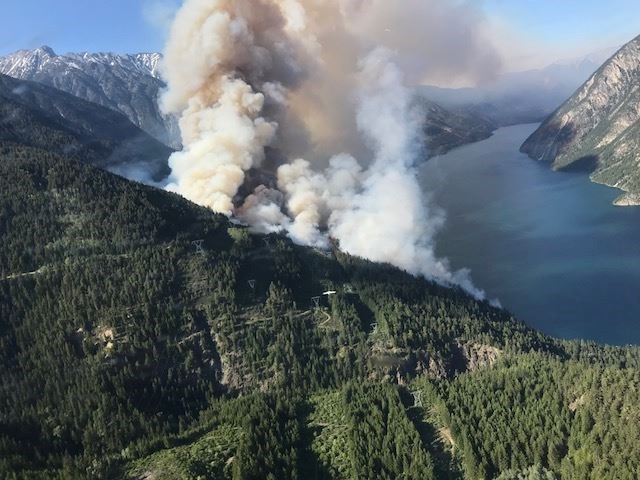 A fire west of Lilloeet earlier this year. (via Facebook/B.C. Wildfire Service)

The B.C. government has declared a state of emergency in response to the wildfires burning across the province.

Once issued, the state of emergency is in effect for two weeks but can be extended or rescinded as necessary. It applies to the whole province and ensures federal, provincial and local resources can be delivered in a co-ordinated response to protect the public.

“Public safety is always our first priority and, as wildfire activity is expected to increase, this is a progressive step in our wildfire response to make sure British Columbia has access to any and all resources necessary,” said Mike Farnworth, minister of public safety, in a press release.

On Monday (Aug. 13), B.C. requested the help of federal government resources. Ottawa will be sending assistance in the coming days.