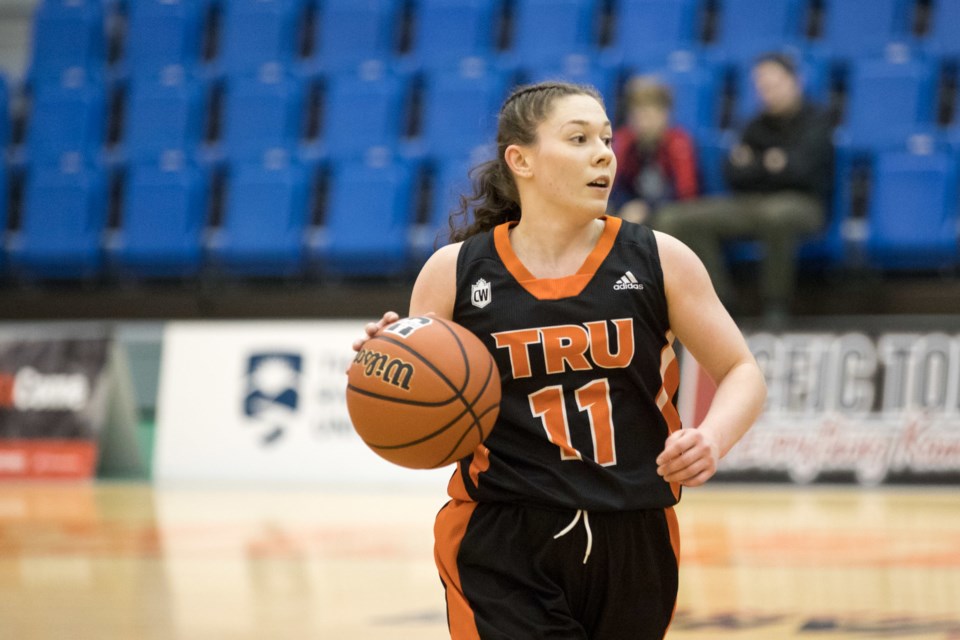 Jordon Haggerty had 12 points for TRU in a disappointing loss. (via Andrew Snucins/TRU Athletics)

The Brandon Bobcats women's basketball team notched their first win of the Canada West season at the expense of the Thompson Rivers University WolfPack, beating the local squad 83-52 this morning (Jan. 17).

A Sydney Teece three-pointer gave Brandon a lead just 42 seconds into the game and they never relinquished it from there. Adrianna Proulx led the way for the Bobcats with 19 points, while Kelsey Starchuck chipped in 13, sending a "School Day" crowd of 1,200 home happy.

In a tough day for TRU's offence, Jordin Wilkinson led the team with 13 points and Jordon Haggerty added 12.

Brandon shot 56.6 per cent from the field, while the WolfPack put home just 31.3 per cent of their attempts. The biggest disparity came from the charity stripe: TRU only attempted four free throws in the game, making one. The Bobcats made 15 of their 23 attempts.

“They dominated the inside game... they simply attacked the hoop better than we did,” said head coach Goran Nogic in a release.

The loss sends the WolfPack to 6-7 on the year, still good for ninth in the conference (the top 12 teams make the playoffs). However, with four of their next five games coming against teams that are above them in the standings, today can only be seen as a missed opportunity.

TRU will get a shot at revenge tomorrow evening (3 p.m. PST) against the now 1-12 Bobcats.