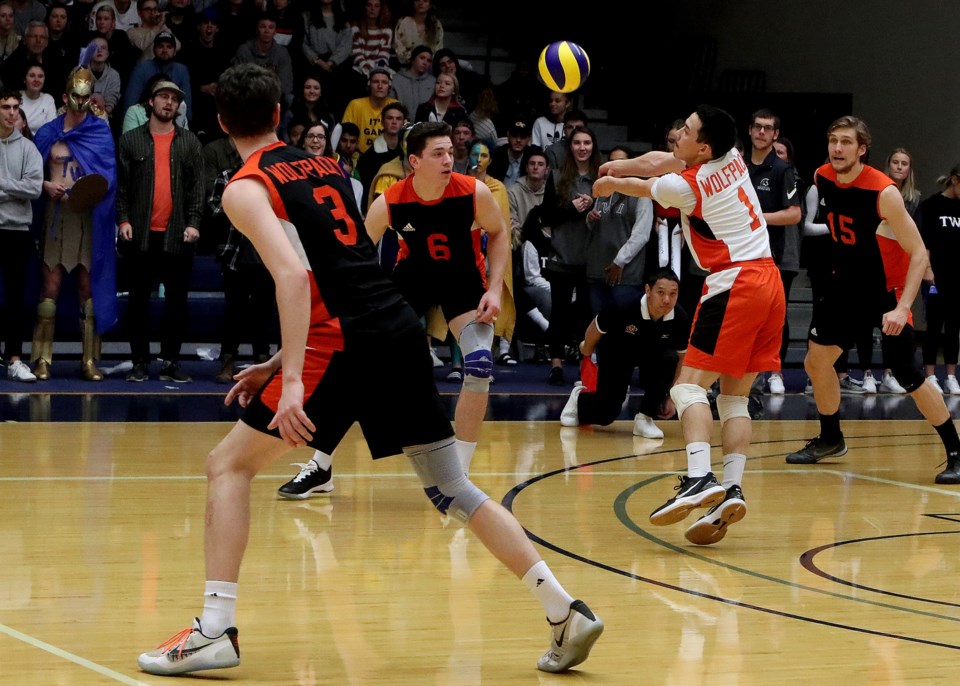 FILE PHOTO: Landon Currie bumps the ball in front of a packed house in the Canada West semifinals in Langley. (via Scott Stewart/TRU Athletics)

Landon Currie's trip to Peru just got a little better.

The Thompson Rivers University (TRU) student normally plays on the WolfPack volleyball team, but for the past few days Currie has taken to the court for Team Canada at the U-21 Pan American men's volleyball tournament. He and the team picked up a silver medal yesterday, May 11, according to TRU press release. They played Cuba in the final, but lost.

At the end of the championship, Currie received another award; he was named the 'top digger' of the tournament.

"It was an honor winning this award because there were so many good liberos in this tournament,” Currie says in the release. “Overall we had a great week considering we had only six to eight practices before we came here."

He and the team are now headed to Ottawa where tryouts will be held for the upcoming World U21 Championships in Bahrain.