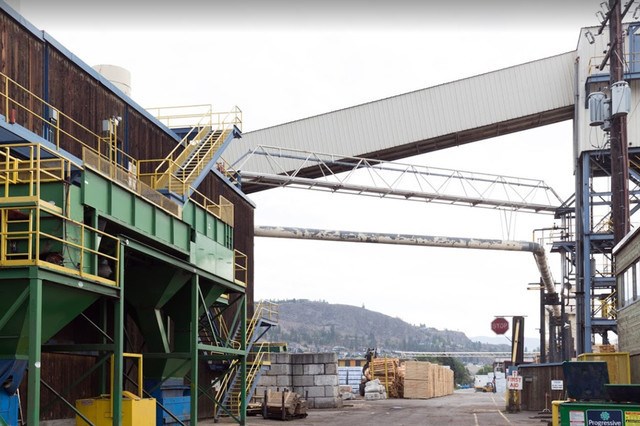 Officials with Tolko have confirmed its Kelowna mill operation will shut down permanently Jan. 8.

In a news release, officials say the decision was made after carefully examining contributing factors such as log costs, market conditions and cumulative policy burden.

“At this time, our thoughts are with impacted employees in Kelowna,” says president and CEO Brad Thorlakson.

“This is a difficult decision. The Kelowna mill has been in operation since the 1930s and has contributed to the community through job creation and many other economic spinoffs for more than 80 years.

"The mill has always had an excellent team that produced a highly regarded quality stud for North American and export markets. It will always stand as an example of what can be accomplished when ingenuity and know-how come together for a common purpose.”

Thorlakson says employees have been informed of the decision and will soon be provided with information on what to expect in terms of severance and benefits.

Some employees may be offered positions at other Tolko sites that have vacancies.

“We want to thank everyone at Kelowna for their many years of dedication and support and assure them this decision was not easy for us to make and has nothing to do with the quality of work or the caliber of people at the mill," says Troy Connolly, vice-president of solid wood.

"The industry is facing many challenges that are beyond our control, and tough decisions are necessary to ensure our future sustainability.”

He adds the decision to close the mill is not a reflection of the hard work put forth by the employees, but rather the cost of B.C. logs.

"The mill is no longer cost-competitive."

The mill has had numerous owners since it was constructed in 1932. Tolko purchased the mill from Riverside Forest Products in 2004.

Tolko's Kelowna sawmill will not be reopening.

An employee at the mill tells Castanet he received a call from the company saying the indefinite closure will become permanent as of January.

The closure affects more than 125 employees.

The company is expected to issue a statement later today.

B.C. government investing $69M in forestry workers affected by mill closures
Sep 17, 2019 1:30 PM
Comments
We welcome your feedback and encourage you to share your thoughts on this story. We ask that you be respectful of others and their points of view, refrain from personal attacks and stay on topic. To learn about our commenting policies and how we moderate, please read our Community Guidelines.