Three local cheerleading teams showed well in their first trip to Summit Championships
0
May 10, 2018 8:05 AM By: Eric Thompson 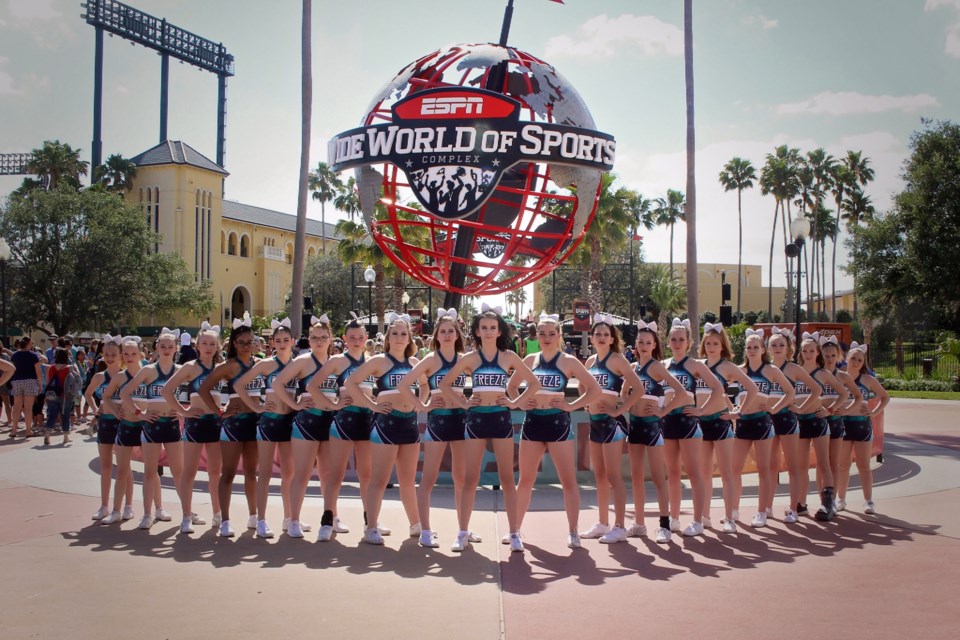 Cheerleading teams from Interior Freeze Athletics returned from Orlando this week, after competing in their first-ever Summit Championship.

"It was great! We had all three teams perform great run-throughs of their routines, two of which came away with zero deductions," says Keri Lewis, co-owner of Interior Freeze Athletics.

"The girls had a ton of fun and we especially liked participating in the Canadian showcase on the iconic football field, which had the best teams in Canada showing off their routines to major cheerleading social media outlets and the rest of Summit participants."

The week marked a successful first trip for the local cheerleading facility to what is the biggest competition in the world for youth cheerleading. Frost Bite, their international Senior Level 2 finished 16th out of 34 teams, coming within four spots of a finals appearance.

Along with Frost Bite, Arctic Chill (a Senior Level 4 team) and Shiver (a Junior Level 3 team) also qualified for the event, becoming the first teams from Interior B.C. to make Summit.

After solid 2019 in Kamloops, Thrash Wrestling returns with new style of show
Jan 11, 2020 11:15 AM
Comments
We welcome your feedback and encourage you to share your thoughts on this story. We ask that you be respectful of others and their points of view, refrain from personal attacks and stay on topic. To learn about our commenting policies and how we moderate, please read our Community Guidelines.