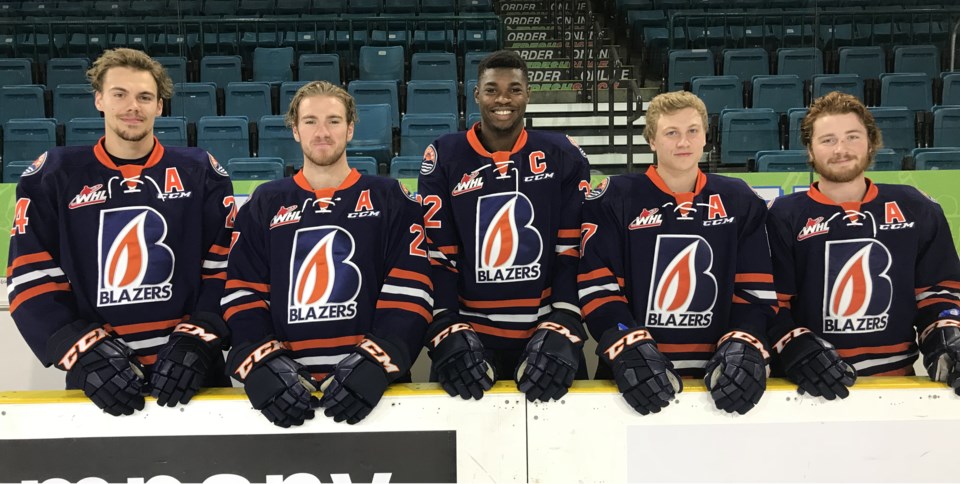 Fans of the Kamloops Blazers might not be surprised by this one: Jermaine Loewen is the new captain of the team.

Loewen, the 20-year-old winger, has played 242 games over five seasons with the team. Drafted by the Dallas Stars this year, he had a solid 2018 season with 36 goals and 64 points (nearly a point a game), leading the team in both categories, while collecting the third highest number of penalty minutes.

Assistant captains this year include Blazers regulars Nolan Kneen (the 19-year-old defenseman has spent four seasons with the team) and Brodi Stuart, who's in his second season with the Blazers, following a 2017-18 season that saw him named the team's rookie of the year.

Luc Smith is also in his fifth season in the WHL, coming to the Blazers during last season. Zane Franklin, 19, has also gotten the 'A' after arriving in Kamloops from Lethbridge this summer.

After naming the new captains, the Blazers are headed out for a couple of road games this weekend in Vancouver and Everett, Washington.

Team Brown victorious, but still eliminated from next round of Scotties
Feb 21, 2020 1:36 PM
Comments
We welcome your feedback and encourage you to share your thoughts on this story. We ask that you be respectful of others and their points of view, refrain from personal attacks and stay on topic. To learn about our commenting policies and how we moderate, please read our Community Guidelines.