TRU ahead of the pack at women's curling nationals 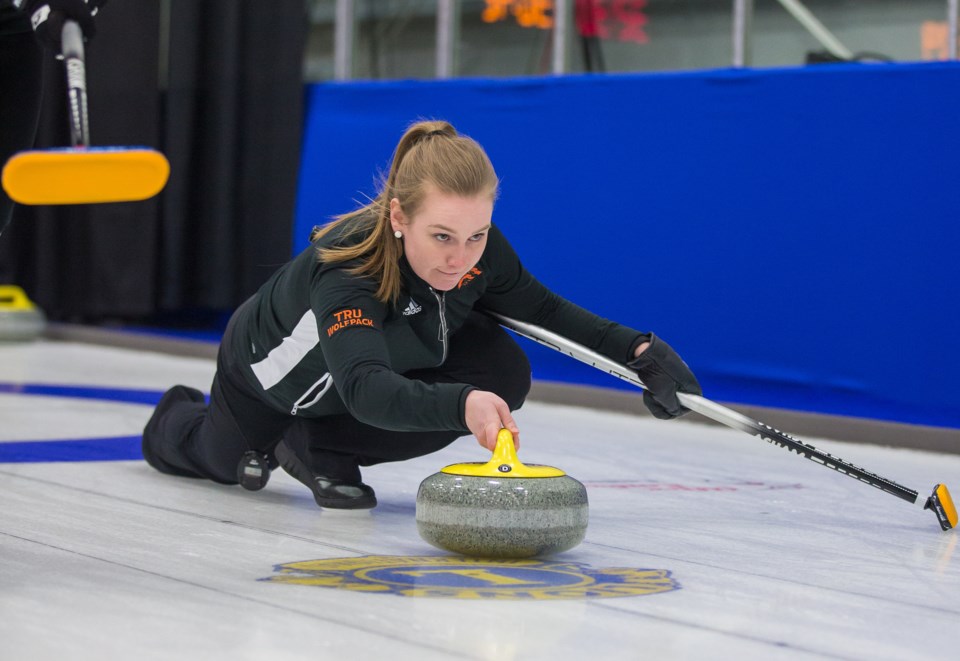 After a weekend of action, the Thompson Rivers University WolfPack are tied for the lead at the 2018 USPORTS Curling Nationals.

Led by skip Corryn Brown, the WolfPack are 3-1 heading into today's action, tied with the Brock Badgers for top spot. TRU beat the Queen's Golden Gaels 10-7 in their opening draw, before dropping a 10-5 decision to the host Univeristy of Alberta Pandas Saturday night. The team responded with a pair of wins on Sunday, crushing Brock 8-2 and beating the Memorial University Sea-Hawks 11-6.

The WolfPack's rink is made up of Erin Pincott, Dezeray Hawes, Samantha Fisher and Brown. The WolfPack didn't compete last season, but returned with a vengeance this year, winning the Western Canadian Championships over Regina in February.

TRU plays the Wilfrid Laurier Golden Hawks this morning, before clashing with the Regina Cougars at 4 p.m. this afternoon.

The spring thaw took a while to come for the WolfPack baseball team, but they eventually notched their first win of the season late Sunday afternoon, 10-8 over the University of Fraser Valley Cascades.

Led by Zac Comeault (2-5 with a double, three RBIs and a run scored), TRU's bats caught fire, combining for eight runs in the first inning alone. That was as much offence as they mustered in their three previous losses to the Cascades, a 10-5 on Sunday, along with 3-2 and 2-1 losses on Saturday.

The WolfPack are back in action next weekend, with their home opener against the Prairie Baseball Academy Dawgs coming on Saturday,

Team Brown victorious, but still eliminated from next round of Scotties
Feb 21, 2020 1:36 PM