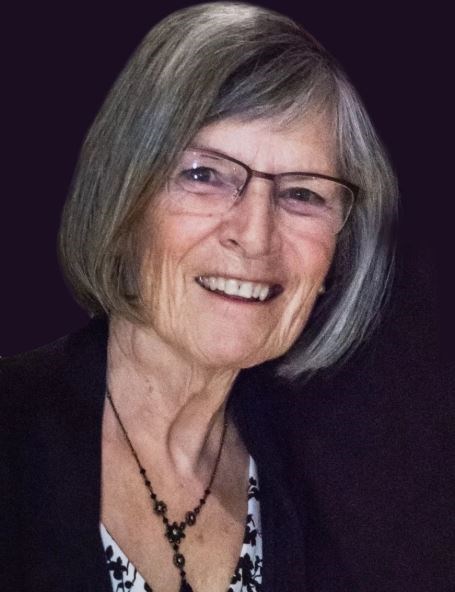 It is with sadness that we announce the passing of Bertie Jean Faulkner, on Jan. 2, 2020, at the age of 75. Bertie passed away peacefully in the presence of family at the Royal Inland Hospital in Kamloops.

Bertie will be best remembered for her love of her family, her crafting, her collecting of antiques, her humour, her love of birds, and her beautiful gardens which were a reflection of the beautiful person she was inside and out.  Her Grandchildren spent endless hours crafting with her on the farm, challenging her to Kings in the corner, and enjoying her delicious baking powder biscuits.

Bertie was born in Summerside, P.E.I. Jan. 22, 1944, and moved to Cloverdale, B.C. when she was in her teens. In 1967 she met her husband Larry in Moose Jaw Sask. Married in April 1968, they remained happily together for 52 years travelling across Canada with the Air Force; settling eventually in Balmoral, Man. on a farm in 1985. In May of 2019 after spending almost 35 years on the farm Bertie and Larry moved to Kamloops to be closer to their children, grandchildren and extended families.

Throughout her life Bertie worked in schools as a secretary and classroom assistant, she also worked as a real estate agent, florist and dedicated 30 years on the board of directors at the Arris Centre in Stonewall, Man.

Bertie was a dedicated and loving wife, mother, grandmother, sister to five siblings, and loving aunt to many.

She leaves behind her loving husband Larry Faulkner, her children Dana Dumore (Glenn), and Tom Faulkner (Leah) and four grandchildren Sydney and Carson Dumore and Spencer and Allison Faulkner. Survived also by her sisters Joan Eustis and Rhoda Metcalf as well as her brother Leigh Baker and their extended families.

A huge thank you goes to the staff on Ward 6 North at the Royal Inland Hospital in Kamloops.

In lieu of flowers, donations can be made to the Alzheimer’s Society or the Arris Centre in Stonewall.