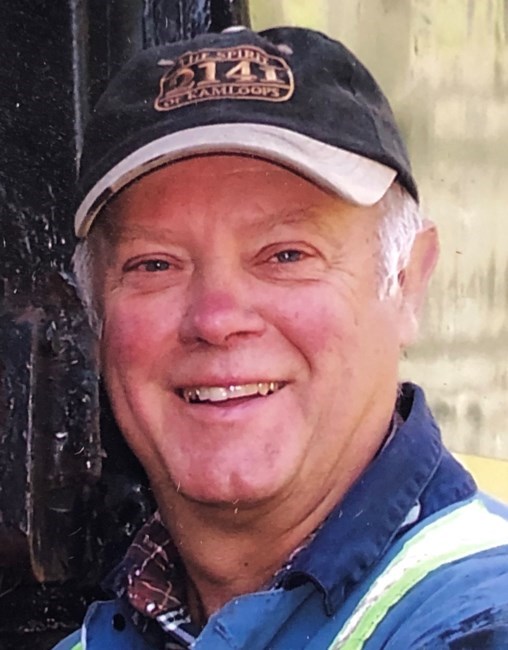 A life well lived! Bud will be remembered for many things: as a wonderful son and brother, a loving husband, awesome Dad, amazing family man, dear friend and dedicated volunteer. Bud will be especially remembered for his kind heart, fabulous laugh, infectious smile and for the special way in which he connected with everyone he met.

Robert Colin (Bud) was born July 11, 1942 to Robert (Bob) and Elsie Forbes in Trail, B.C. After the family moved to Vancouver, one of Bud’s fondest childhood memories was travelling with his brother Don, by steam engine through the Kettle Valley to visit relatives and the family farm in Fort Steele, B.C. Growing up, Bud’s artistic side was present in his paintings, drawings, carvings and his models of planes and ships, his favourite HO gauge train and his love of music. Bud’s passion for sports was evident as he was an excellent baseball pitcher, track and field athlete, long-distance runner, basketball, soccer and rugby player.

Bud attended Gladstone and then Killarney Secondary in Vancouver, where he met the love of his life and future wife Jo-Lynn (in grade 10 French class). They both attended UBC where Bud graduated with a degree in Physical Education and lettered in cross country track and field. Ever open to adventure, Bud’s first year of teaching in 1965, was in Wells where he taught Gr. 5/6, while Jo-Lynn taught in Fort St. John. Bud always enjoyed the outdoors and Wells and Barkerville provided a great place to combine teaching and his active lifestyle by leading the school ski program, building the school’s gymnastic equipment, learning to curl, while also camping and canoeing during his time off. In 1966, Bud and Jo-Lynn married, completed their studies at UBC and then moved to Kamloops to continue their teaching careers.

In 1968, they moved to Barnhartvale where they built their house and raised their family. Bud’s pride and joy were his two daughters, Barbara and Wendy, and later their families including granddaughter, Pyper. Jumping right into country living, it was not long before the small acreage was teaming with various livestock housed in barns built by Bud and his friends. Everything from pigs, chickens, ducks, rabbits, turkeys, beef, horses, dogs and cats, and of course sheep, lived on the Forbes Funny Farm – later named Valley Vista. The first family sheep was purchased from Radio NL Swap Shop and that fateful acquisition began and what remains today a deep and lasting connection with 4-H. The incredible 4-H community and countless families were instrumental in helping Bud and his family learn about animal husbandry, building commitment, leadership and the importance of living by the motto: “Learn to do by doing.” As members of the Kamloops Alpine 4-H Lamb Club and later as Bud became club leader, the Forbes family enjoyed over 20 years together with the 4-H movement from showing sheep, travelling to fairs and partaking in various 4-H exchanges across Canada.

Over the years Bud taught at MacArthur Park, Sa-Hali, and John Peterson Junior High schools where he taught P.E., science, agriculture, and photography classes. Known by many as “Coach”, Bud channelled his athletics leadership through many sports teams including football, rugby and wrestling. Bud, or Mr. Forbes, was recognized by his students for his fun approach to learning. At John Peterson, he had a very cool classroom complete with a jungle of plants, a model train layout that was home base for the Model Railway Club he sponsored and a myriad of creatures that included birds and fish. Never one to leave his students in a lurch, Bud even took in what seemed, “a good idea at the time”, pets such as piranha and hooded rats that all came home with him each summer.

As active as Bud was with school, he was equally dedicated to time with family and involvement in the community where he always enjoyed the opportunity to add his creative flair, humour and curiosity in everything he did. In 1997, Bud retired from teaching school, but never retired from teaching, as Bud was committed to lifelong learning and generously sharing his knowledge with others. Bud expressed his love of trains initially through his personal train layout and then with the Kamloops Model Railway Club. Bud then became one of the founding members of the Kamloops Heritage Railway Society, helping to move the 2141 “Spirit of Kamloops” engine from Riverside Park and to restore her to full steam glory for her inaugural run June 28, 2002. Bud was dedicated to painting and restoring rolling stock, designing and helping to build the open-air cars. He even painted the 2141 Steam Locomotive Restoration Society sign. Bud’s commitment to always learning saw him obtain his fourth class boiler ticket and took great pride in being a fireman for the 2141.

Bud was enthusiastic about his time curling, golfing, and cycling with his buddies and officiating at local Track and Field events. Whenever possible, Bud loved to get into the outdoors and camp with family and friends and to paddle his beautiful 18’ cedar strip canoes that he made. With so many adventures to remember, Bud always held his time in Wells Gray Provincial Park near to his heart where he once ran summer canoe camps. Bud had a deep spiritual love for his Christian faith and in the last decade, he refocused his commitment to his work within St. Paul’s Anglican Cathedral. He was greatly influenced by his spiritual mentors and cherished his role as a Lay Minister of Word and Sacrament. He regularly visited at Royal Inland Hospital and conducted a monthly service at Berwick on the Park. He treasured the friendships made during his time with the “Hands in the Dirt Gang”.

The Out of the Cold program, housed at St. Paul’s Cathedral, was originally administered by St. Vincent de Paul. Under the guidance of LeRoy Wells and friends, Bud became committed to this program. After several years and the prospect of the program folding, Bud was encouraged to strike a Board of Directors to help continue this valuable service. He firmly believed that everyone he met was a friend. Bud always recognized that Kamloops is an amazing and generous community.

On Friday, Feb. 15, 2019, God called him home and Bud passed away unexpectedly, yet peacefully, of natural causes. The family extends a heartfelt thank you to all of the first responders and support services that offered quick and compassionate care along with sincere gratitude to Dwight Oatway, Dr. K. Montalbetti, Schoening Funeral Service and the loving support of all of St. Paul’s Cathedral clergy. The family is grateful to all those who have given so generously of their love, support and recognition. While Bud was never one to seek attention for his efforts, he appreciated the friendships and support of local media who helped convey information on important issues for which Bud advocated.

Bud is predeceased by his father Bob and is survived by his mother Elsie, brother Don (Heather), wife Jo-Lynn, daughters Barbara (Peter) and Wendy (Brad) and granddaughter Pyper and a large and loving extended family.

Bud’s life will be celebrated April 13 at 1:30 p.m. at St. Paul’s Cathedral, 360 Nicola St, Kamloops. In lieu of flowers, donations in Bud’s name are gratefully appreciated to an organization of your choice.

Additionally, Bud always loved a good story, so the family welcomes anyone wishing to share a special memory to be printed, to please email by April 2 to: office@territory.anglican.ca with the subject line of “Tell A Story.”