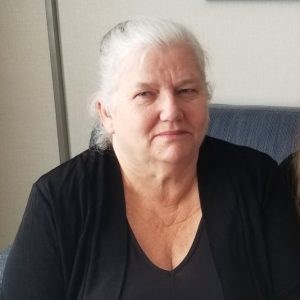 It is with great sadness and heavy hearts that we announce the passing of Shirley Ann Hessel, 69, of Kamloops. Shirley passed away suddenly on Wednesday, Feb. 20, 2019, at the Royal Inland Hospital, in Kamloops, after a short battle with cancer.

Shirley will always be remembered and loved by her family and friends.

She was predeceased by her father Donald Stewart; her mother Elizabeth Shepherd; stepmom Lucienne Stewart; father and mother-in-law Roman and Ursula Hessel; and her mother-in-law O’Linda Hansen.

Shirley was born in Victoria to Donald and Elizabeth Stewart. Shirley lived in Victoria until 1954 when the family moved to Whitehorse. Shirley moved to Calgary where she worked at a local construction firm.

She met her husband Roman in 1974 and they were married for 40 years. Shirley and Roman moved the family to Kamloops in 1981 to be closer to her mother. Shortly after moving to Kamloops, Shirley started working at a local tv/radio station and was still working for the same company when she passed away. Her greatest passion was her family, with her kids grown she became involved with her grandkids’ sports, she could be found keeping score at their baseball games and supplying snacks for the team. She also spent her time attending school functions, volunteering on committees, baking, knitting, sewing costumes for all occasions and attending Sunday service at Lord of Life Lutheran Church.

The Memorial Service will be held on Saturday, April 6 at 2 p.m. at Lord of Life Lutheran Church, 2481 Sunset Dr. with Reverend Andrew McDonald officiating.

The family would like to express a very special thank you to Royal Inland Hospital Intensive Care Unit nursing team for all the care and compassion extended to the family.

Memorial donations in memory of Shirley can be made to the Royal Inland Hospital Foundation or the BC Cancer Society.