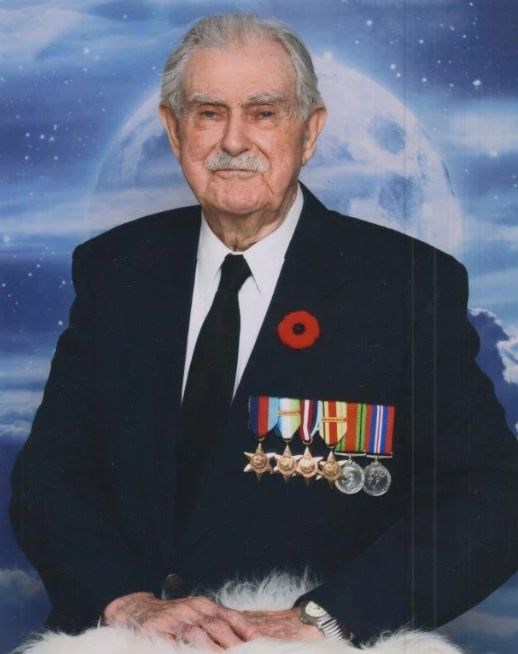 It is with profound sadness that we announce the passing of Thomas Bowen Jones of Kamloops on March 4, 2019, at 96 years of age.

Tom was born in Neath, South Wales, U.K. in 1922. He was raised in the coal mining areas of South Wales before his father, who was a miner, moved them to North Wales in order to find work in the slate quarries. Welsh speaking Tom was 11 years old when the family was again moved back to South Wales where Tom learned to speak English.

World War II saw Tom enlist into the Royal Navy, becoming a Petty Officer electrical mechanic, and seeing action in the North Atlantic, D-Day landings, and convoy escorts to North Russia. Years later he was knighted by the French government and awarded the Legion d’Honneur and the Russian Naval Ushakov medal. With his new wife Nancy, they settled in Glamorgan, South Wales, where Tom worked for the G.W.R. docks offices, retiring as Asst. Docks Manager in Swansea, before immigrating to Canada to live with his daughter and family.

He loved living in Canada, taking time to travel and see the sights. Tom and Nancy became skilled lawn bowlers representing White Rock in three B.C. Summer Games and winning several medals between them. He loved being with his family and friends. When his wife of 64 years passed away he moved into Bedford Manor, before illness caused him to move into Ponderosa Lodge, and finally to Ridgeview Lodge in Kamloops. Tom was the family’s Hero, and he’ll certainly be missed.

The family wishes to extend special thanks to Dr. Wynne and the loving nurses and care aides at Ponderosa and Ridgeview Lodges.