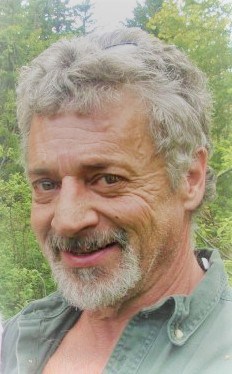 We regret to share the passing of Peter Angus Miller; son, brother, father, grandfather, uncle, cousin and friend on March 18, 2019.

Peter was predeceased by his parents Hettie and Robert Miller, and sister Anne and husband Rudi Bauer.

Peter passed away in Clearwater at the family homestead of Mountain Terrace that his patriarchal great grandparents, grandparents and parents maintained throughout their lives. He will be resting at last in peace with everyone gone before on the Family Hill overlooking the beautiful North Thompson Valley in Wells Gray Country.

Peter was born on April 29, 1953, in Royal Inland Hospital in Kamloops and went home to live from birth to his early childhood at Murtle Lake in Wells Gray Park near Blue River.

Peter and his older sister Anne were ‘homeschooled’ in a cozy cabin at Murtle Lake in their early childhood, being taught by their mother Hettie and father Bob in a unique, nature-based outdoor ‘school’ filled with daily adventure, wildlife ‘playmates’ and constant discoveries, as well as classroom time indoors for book studies. Both Anne and Peter were star students by the time they moved out of their Murtle cabin to Clearwater and a regular classroom setting.

After leaving their Murtle Lake home, the little bush family moved for a time to the area of Upper Clearwater in Wells Gray Park where the kids attended school in the little school house there. Eventually, the family settled into life on the Miller Family ancestral property of Mountain Terrace in Clearwater, still surrounded by forest and wildlife as they groomed the large heritage acreage into a beloved local nursery and Christmas Tree Farm.

Peter met the mother of his daughters, Deborah, during university at BCIT. They married, moving back to Clearwater and later they established an essential Wildfire Fighting company, Clearwater Climbing Corporation which became a seasonal centre of local employment and First Response Training in the North Thompson Valley.

Peter’s expertise in effective wildfire fighting was recognized globally when he was called to assess fires in the rainforest of Machu Pichu and elsewhere. He became a certified Fire Fighting Instructor locally, training men and women annually for many years. Clearwater Climbing Corporation was a valued contributor to the sustainable economy in the area while protecting the surrounding environment.

Peter leaves behind daughter Chelsey (Dan) and granddaughter Sienna Rose; daughter Caitlin; their loving mother and stepfather, Deborah and Kevin Porterfield; nephew Max Bauer, his wife Noelle, son Jake and daughter Jenna of Bridge Lake; and niece Shannon Bauer of Lumby; along with many other family and friends.

A Memorial gathering will be held on April 14, at the Clearwater Ski Hill Lodge starting at 1 p.m.

In memory of The Miller family history, flowers will be gratefully accepted. Donations of reception finger foods or baking will be warmly welcomed.