Here’s why Kamloops is B.C.’s capital of Dutch pancakes

In Kamloops, it’s all about the Dutch pancake
0 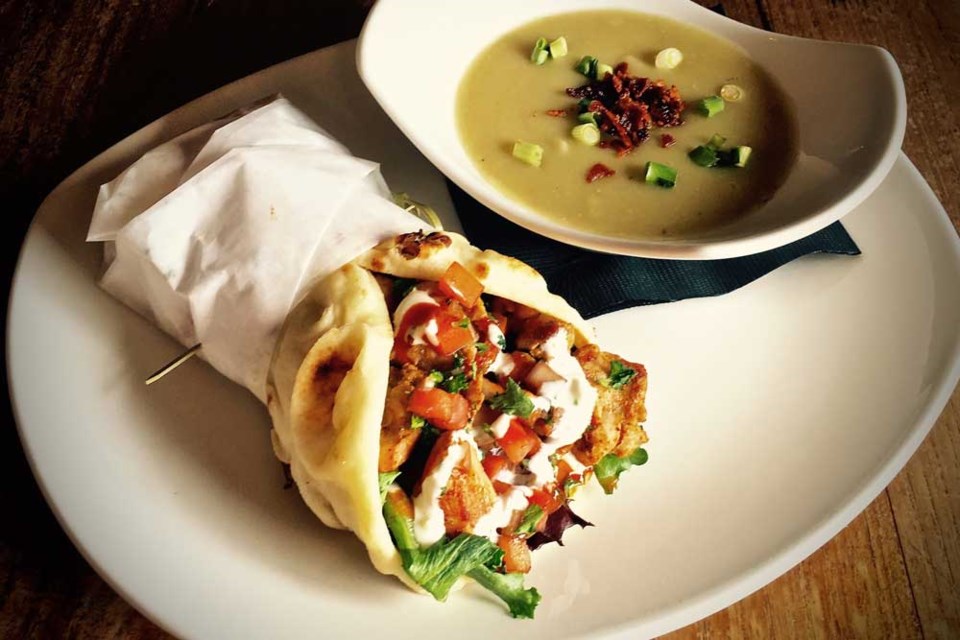 Try everything from the pannenkoek to made-from-scratch soups and sandwiches at Amsterdam Restaurant / Photo: Supplied

In Kamloops, it’s all about the Dutch pancake.

Twenty years ago, Martin and Bernadette Creutz Lechleitner moved to Kamloops from Holland and opened Amsterdam Restaurant. By introducing the city to the pannenkoek, they created a generation of residents and visitors who are addicted to the sweet or savoury cross between a crepe and its fluffier pancake cousin.

Today, their son Jeroen and his wife Karina not only keep the tradition alive, they’re modernizing it. Amsterdam Restaurant is a destination for people who yearn for what one reviewer called a “soft-crusted crepe pie,” including those who had long given up on finding delicious gluten-free, vegan and vegetarian options.

Jeroen was a young boy when his family moved to Kamloops. Martin had visited British Columbia 20 years earlier and had fallen in love with the mountains, forests and wide-open spaces, determined to return. He’d owned two pancake restaurants in Holland, so opening Amsterdam Restaurant was a natural decision.

When it comes to the pannenkoek, there’s literally something for everyone; they also have made-from-scratch soups, sandwiches and salads with homemade dressing, as well as a wide range of breakfast favourites. Life isn’t complete until you try their poffertjes, tiny pancakes made with a different batter.

Five years ago, Martin and Bernadette decided to set out on a new adventure. Jeroen, who has worked at the restaurant since he was 10, couldn’t bear the thought of the restaurant being sold outside the family.

“It’s such a long part of my own history,” he says of what prompted him and Karina to buy the restaurant when they were only 25. “I saw what it took to get it here and to get it to flourish. I wouldn’t want to lose that in any way.”

Attention to detail is paramount. For Jeroen, that means ensuring every dish is as pleasurable to the eye as it is to the palate; for Karina, it means creating a family atmosphere for guests and staff.

“We strive to please our customers and make sure everyone leaves happy,” says Karina.

On January 13, 20 years to the day that Martin and Bernadette opened Amsterdam restaurant, Jeroen and Karina are offering two-for-one pancakes to celebrate. To see their menu, please visit www.amsterdamrestaurant.ca.

Youth homelessness in Kamloops is real. Here’s how to end it
Nov 29, 2019 10:02 AM
Comments
We welcome your feedback and encourage you to share your thoughts on this story. We ask that you be respectful of others and their points of view, refrain from personal attacks and stay on topic. To learn about our commenting policies and how we moderate, please read our Community Guidelines.